Everything was awesome. The music was fresh, the movies were dope and the hair was big. The cars? Rad, then and now. Maybe especially now.

In the 1980s and ’90s, cars were boxy and far-out, futuristic and often a bit funky. Then came a new millennium and the internet era, and the previous two decades quickly felt dated. Eventually, all those “Back to the Future” angles gave way to cars with more timeless, sloping silhouettes. The coolest cars of the ’80s and ’90s — the DeLoreans and Countachs, Audi’s Quattro and Nissan’s 300ZX — faded away like a photo of Marty McFly. 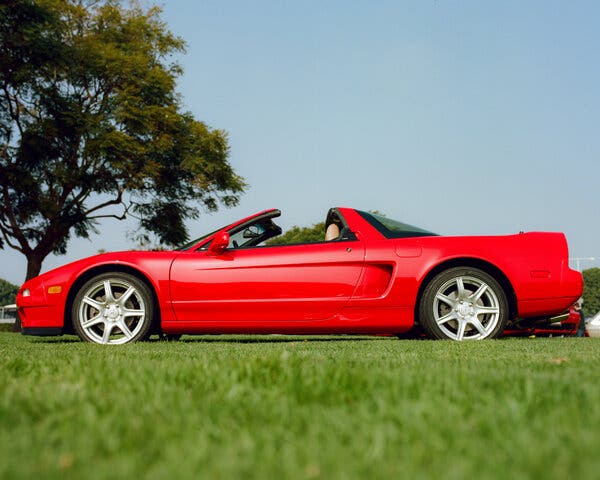 A ’90s Acura at RADwood SoCal, in Torrance, Calif.Credit…Carlos Jaramillo for The New York Times

But with time comes nostalgia, and Gen Xers and millennials are moving forward in their lives and careers, with greater ability to spend on a hobby like collecting cars. And so the forgotten-about cars they grew up with are gaining new respect, and pushing up prices.

A group called RADwood has tapped into this vein, putting on auto shows with a dash of cosplay dress-up throughout the year and across the country. The aim is to capture “the essence of a bodacious era,” as its website puts it. The shows, it says, are “a celebration of ’80s and ’90s lifestyle, blending period correct dress with automotive awesomeness.”

Art Cervantes, a founder and the chief executive of RADwood, said he had set out to celebrate all cars of this era. “Things began with an announcement on the ‘Driving While Awesome’ podcast (whose hosts form three of the five founding members of RADwood) back in the spring of 2017,” he said via email. The name and concept are a play on the Goodwood Revival, an annual festival outside London that highlights a different era, the mid-1940s to 1966, and a different slice of the automotive world: British racing.

The RADwood team’s plan at the start was simple: “Bring your ’80s and ’90s cars to a park on the San Francisco Bay and dress the part,” Mr. Cervantes said. (Think acid-washed jeans, rolled at the ankle; neon makeup; and huge hair.)

Art Cervantes, a founder and the chief executive of RADwood, which plans to put on 10 shows next year.Credit…Carlos Jaramillo for The New York Times

That first RADwood in 2017 struck a nerve. However, Mr. Cervantes didn’t know then that they had helped spearhead “a major generational shift in automotive culture,” he said.

RADwood has expanded to many U.S. metro areas, along with one show in Britain, and its average attendance is about 3,500, Mr. Cervantes said. The group has plans for 10 U.S. shows next year, and smaller events pop up at other big automotive festivals.

Its biggest event was held just before the pandemic struck, in February 2020 in Austin, Texas: over 700 cars and 7,000 people. The pandemic clipped the momentum, and events this year were scaled back. The company also curbed its growth plans, including expanding its auction site for cars and memorabilia, which it intends to focus on more at year-end. 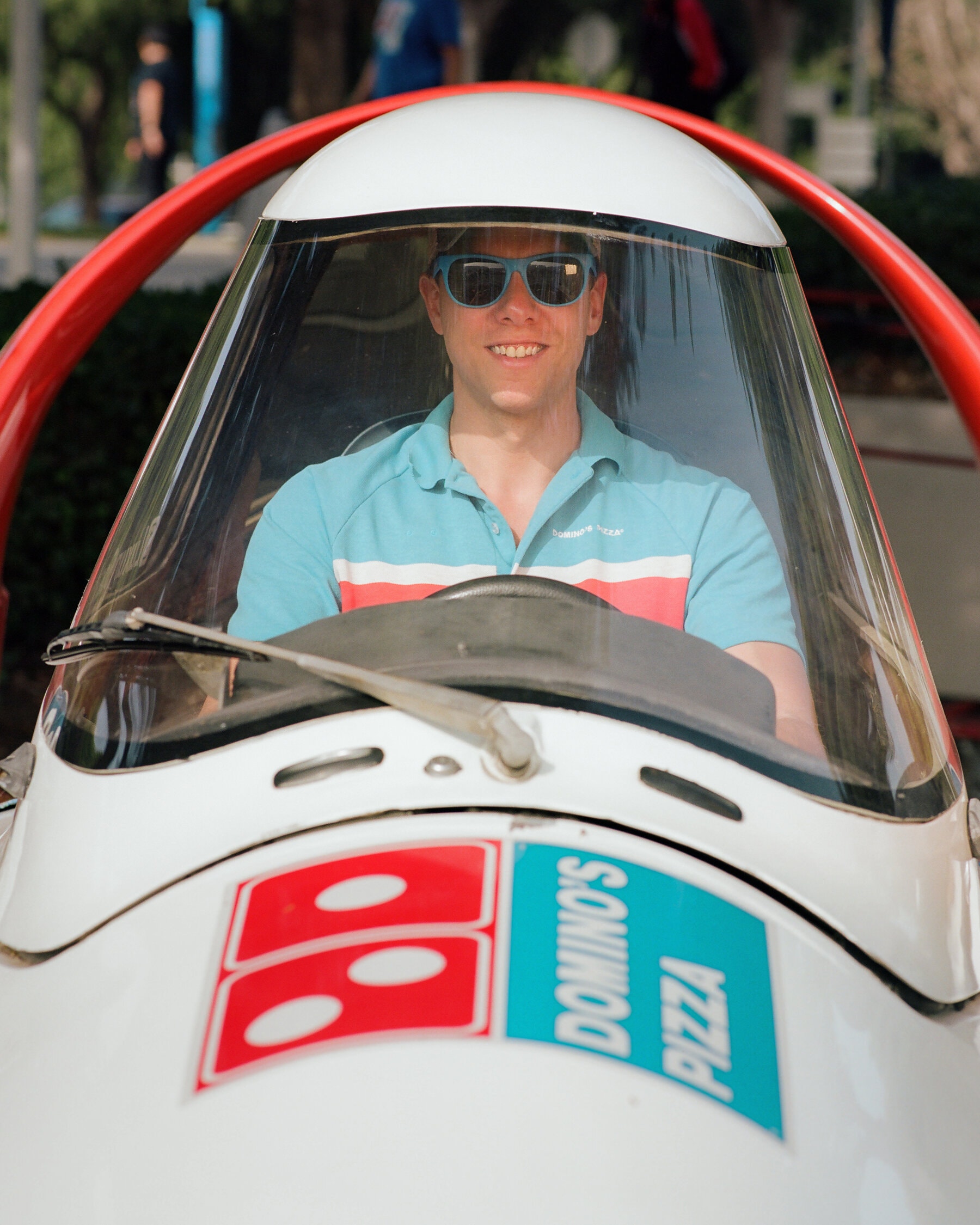 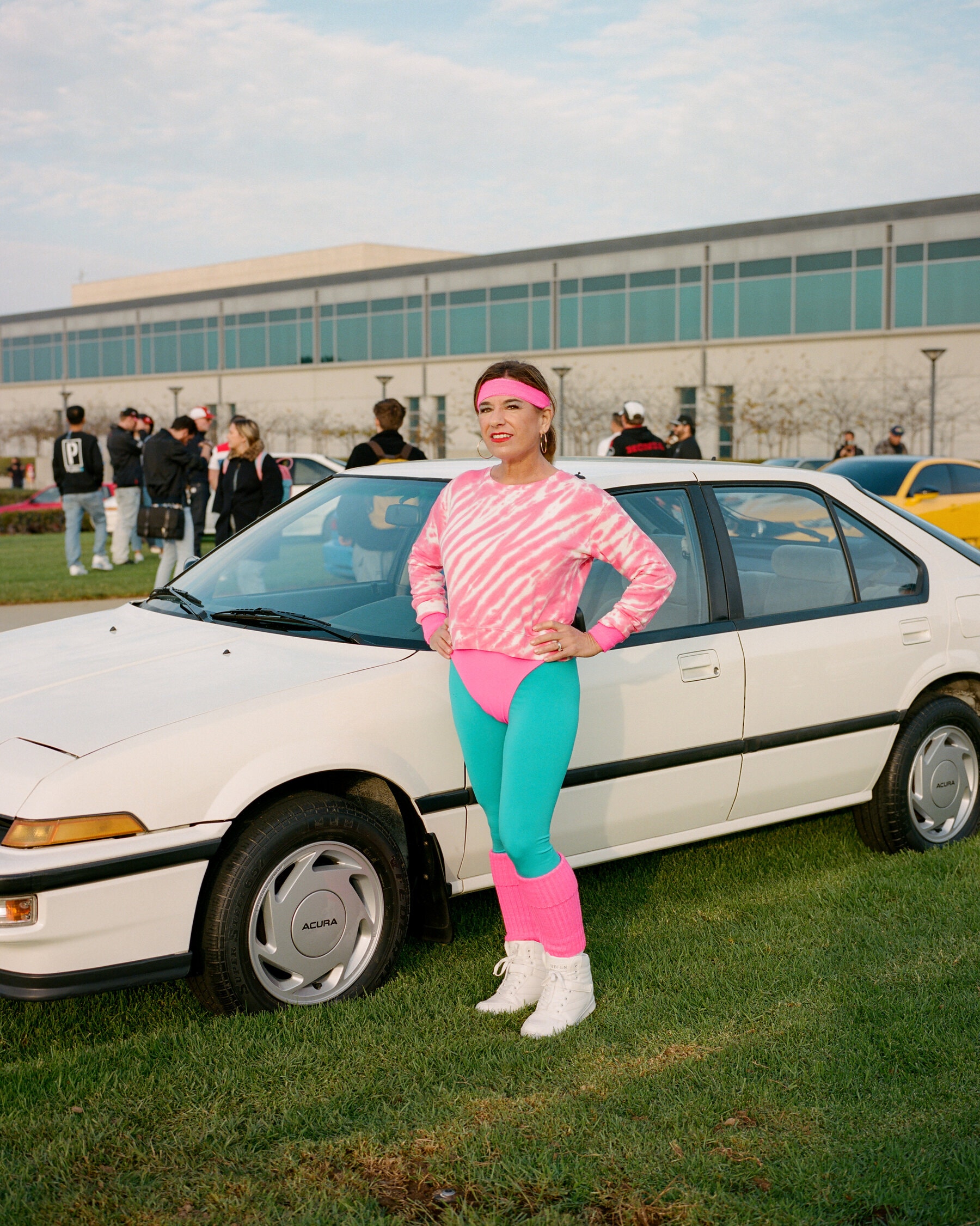 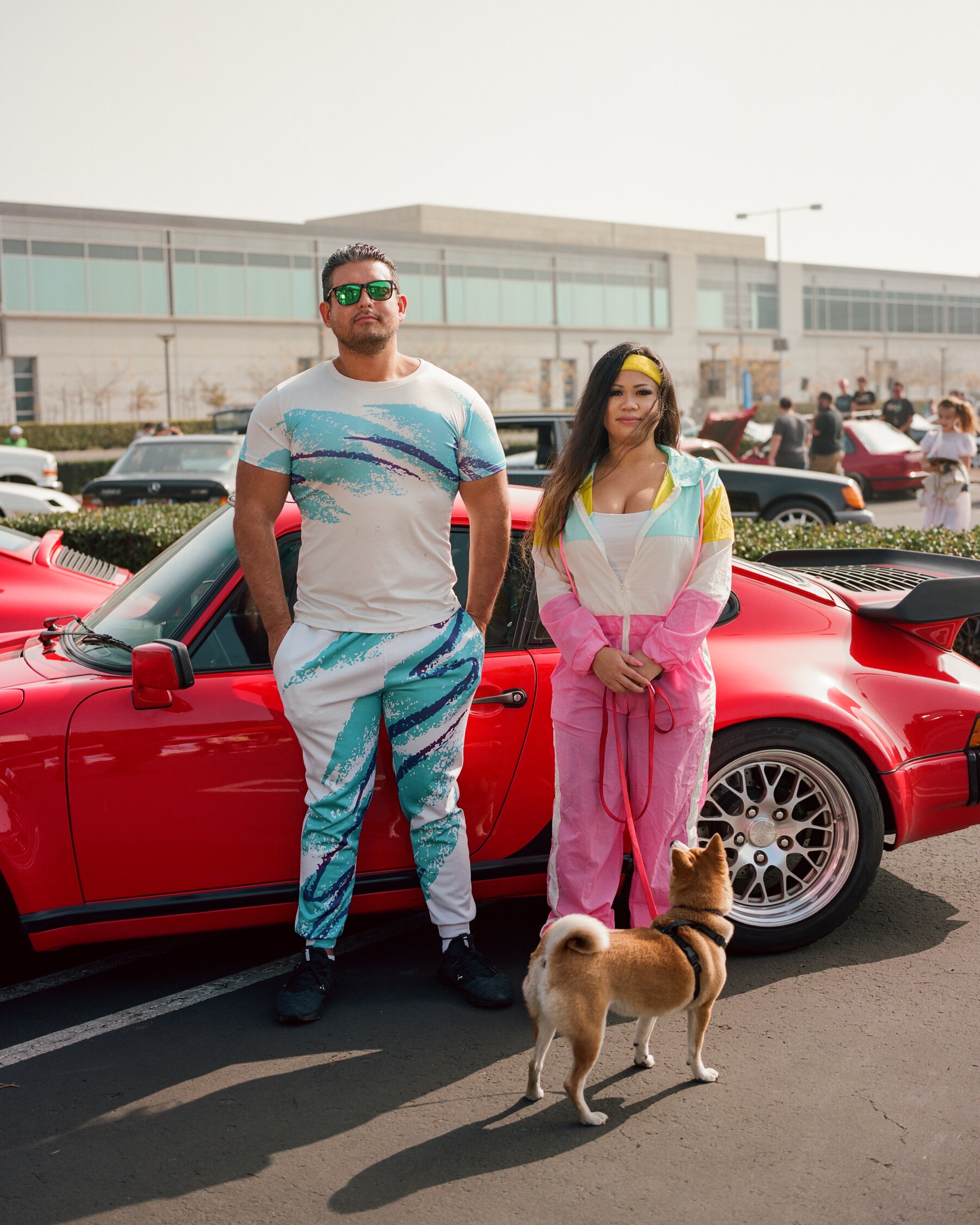 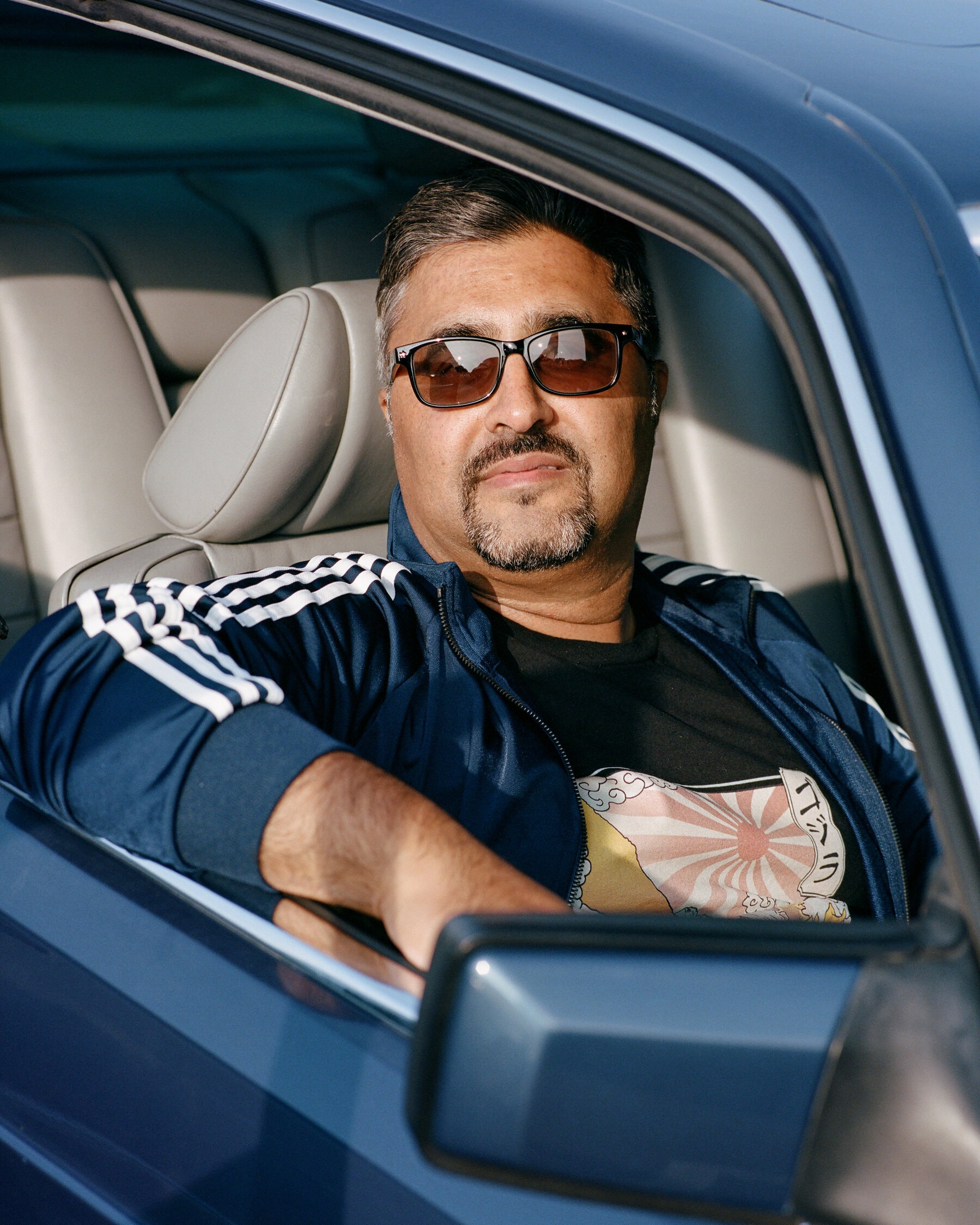 RADwood events travel back in time to a radder era.Credit…Carlos Jaramillo for The New York Times

With all this attention, in certain circles “RADwood” is a catchphrase symbolizing this era’s choicest rides.

Colin Pan was at a RADwood show near Seattle in September. “When I was in school for automotive design, major car shows were either big-budget product launch events or had high-end classic cars with a high entry level,” he said. Any shows focused on RADwood’s era were “small gatherings of some particular group or makes,” he added.

But at the September show and elsewhere, “most people who own these cars are people around my age, in the 20s-40s group,” said Mr. Pan, a 32-year-old industrial designer who lives in Gig Harbor, Wash.

“Many are getting cars for nostalgic reasons,” he said. “But cars of this era are just beginning to be considered as classics, yet still modern enough to be understandable and be worked on.”

There are awards for cars as well as the best-dressed people.Credit…Carlos Jaramillo for The New York Times

Mr. Pan has owned several rad cars, including his current prize, a 1992 Toyota Starlet GT Turbo that was sold for the Japanese market. He bought it, for $3,000 in 2020, in stock condition. The Starlet was Mr. Pan’s pandemic lockdown project, he said, and he tricked it out to get it fit for racing.

“When I first saw this car it just drew me into the nostalgia,” said Mr. Redfern, a 33-year-old auto parts store associate and movie buff from Everett, Wash.

“I honestly love everything about ’80s and ’90s cars,” he said, “especially the J.D.M. community,” for Japanese domestic market. His first exposure, he said, was the “Fast and the Furious” movie in 2001, inspiring him to grab a wrench. 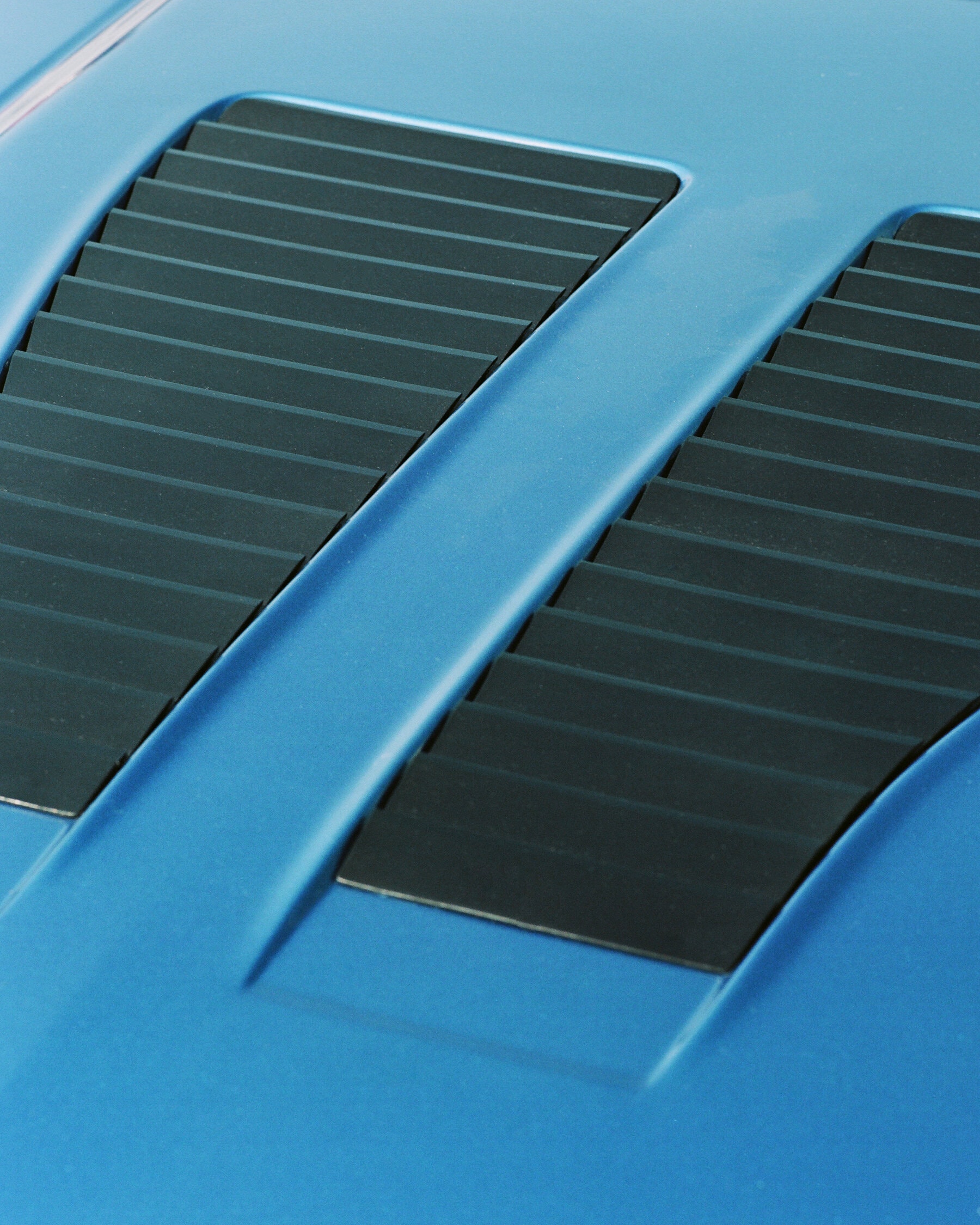 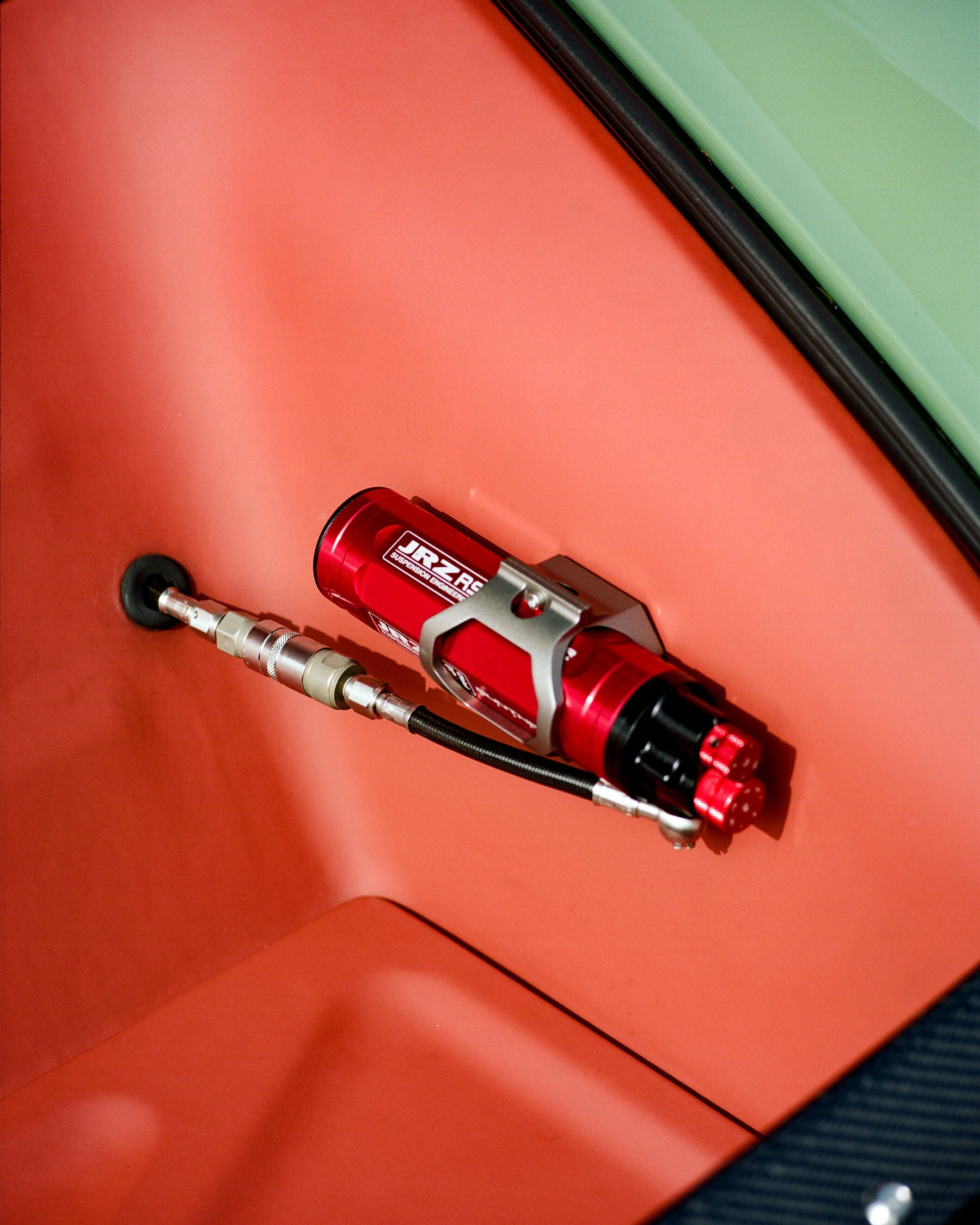 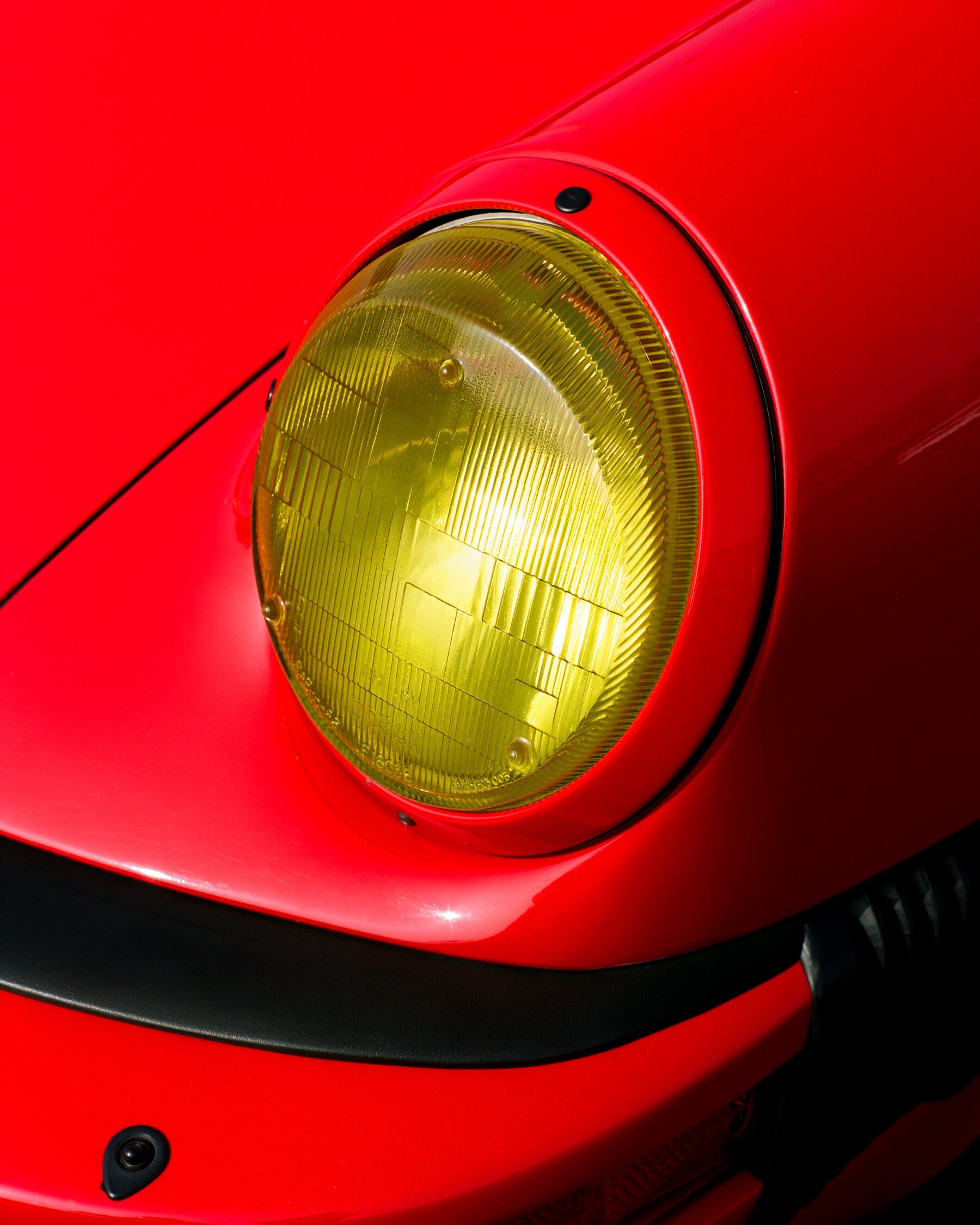 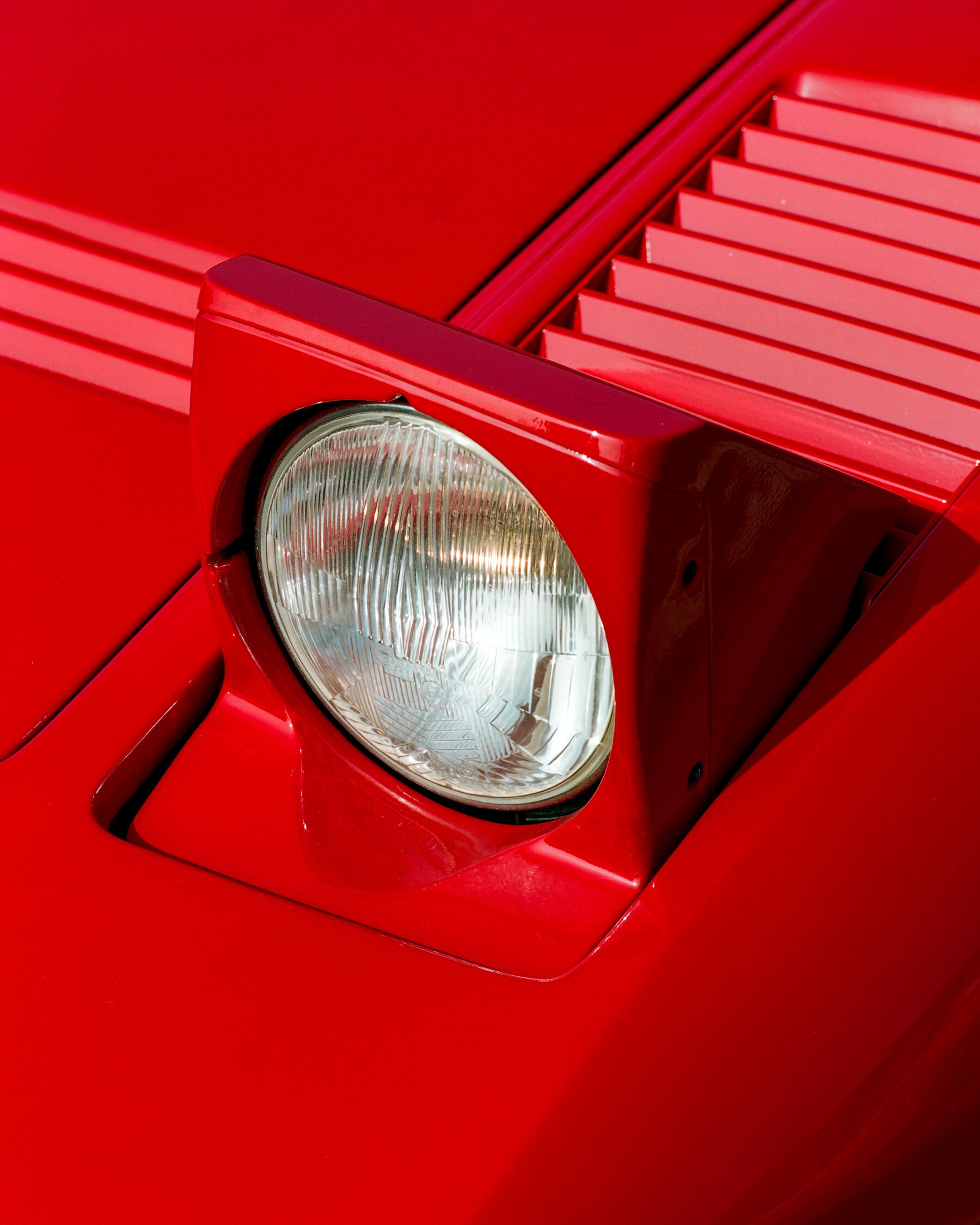 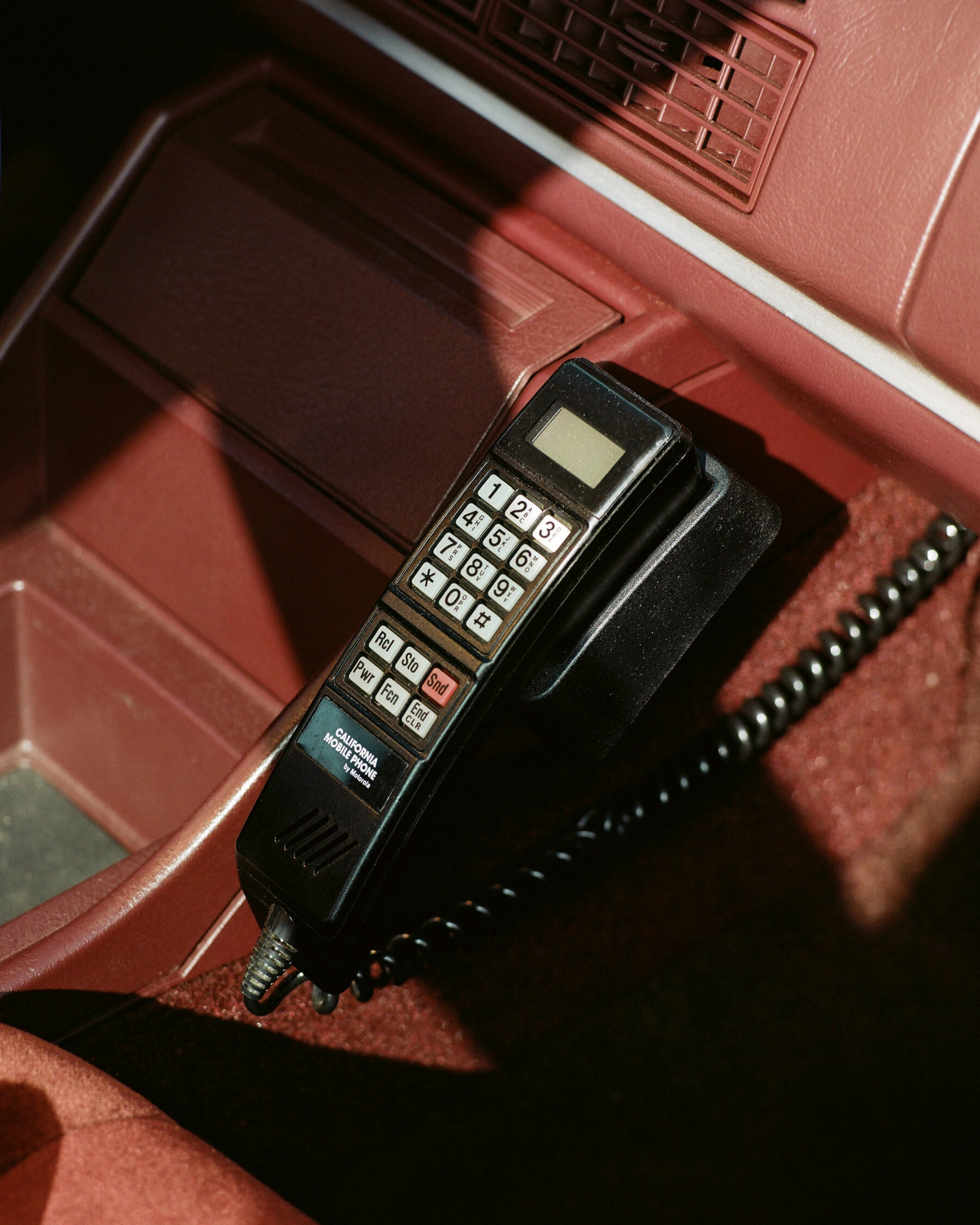 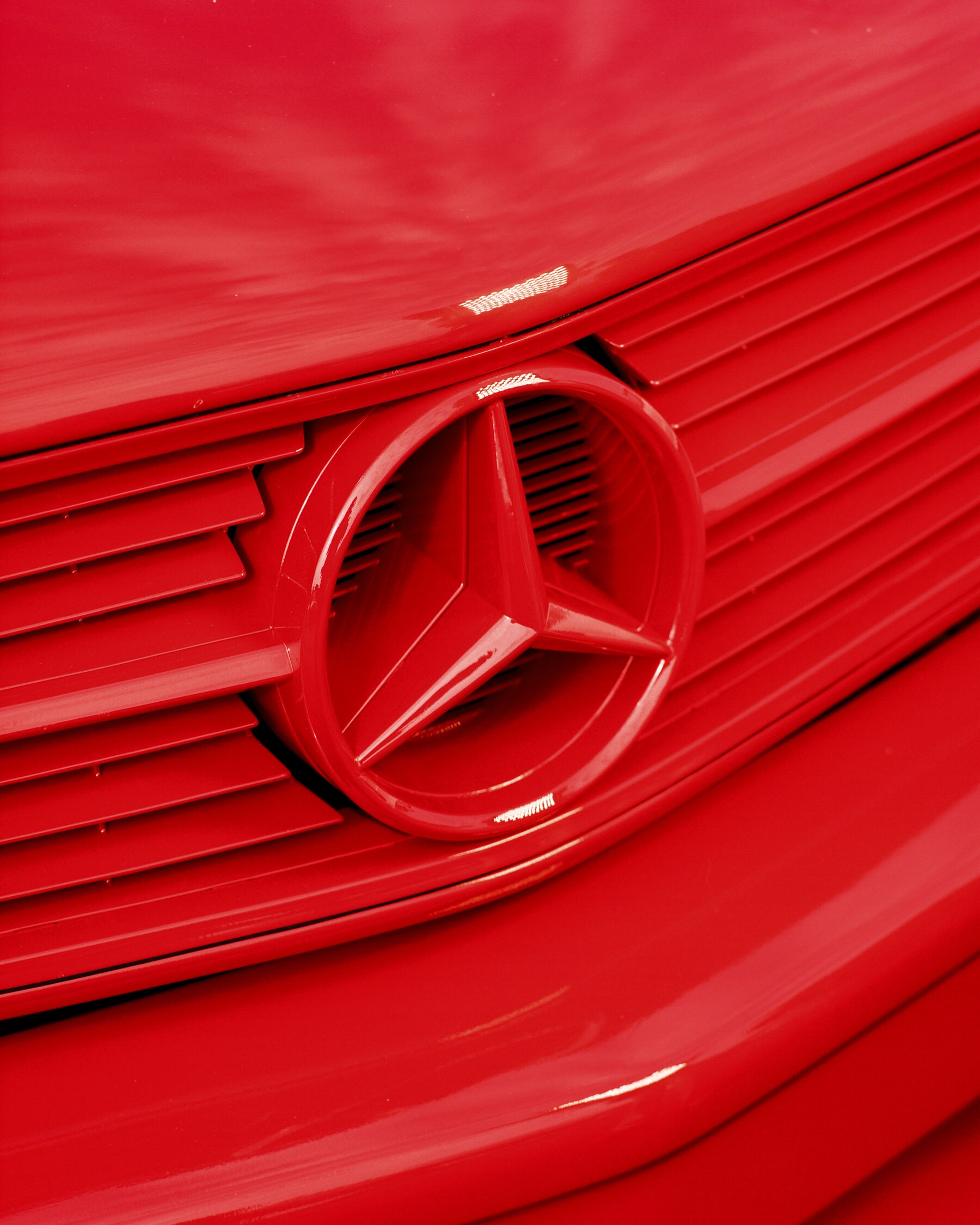 The cars have plenty of angles, and occasionally a car phone.Credit…Carlos Jaramillo for The New York Times

Mr. Redfern loves the eccentric mix of rad-era cars; he’s part of a younger community of car enthusiasts who have a passion for those vehicles for their weirdness and unique features.

“You get to see daily-driven cars to exotics and supercars,” he said. At RADwood, he said, “everyone there is all about showing the cars we grew up with some love.”

He started working on cars at his high school’s auto shop — and has been an enthusiast ever since.

Nostalgia reigns at RADwood, and nostalgia has made many cars of this generation collectibles instead of merely “used.”Credit…Carlos Jaramillo for The New York Times

“The 1980s birthed the era of high-horsepower turbocharged fuel-injected racecars,” said Mr. Saito, who spent a decade working on cars. Now he is an engineer for Amazon’s drone delivery program and is working on a start-up manufacturing firearms accessories.

RADwood, he added, “helps to preserve not only the vehicles of those eras but helps in the preservation, education and feeling of the time.”

Although many ’80s and ’90s vehicles can be bought for a song, Mr. Saito’s stick-shift, four-wheel-drive Nissan Patrol set him back $21,000 two years ago — in fair condition. Prices are beginning to climb as these cars become collectibles instead of simply “used.” And he has put in substantial work to bring it up to modern standards. He has cleaned up and repaired its body, added performance and suspension upgrades and even outfitted the inside for overnighting.

“RADwood vehicles,” he said, “not only make me feel nostalgia but a sense of pride and respect for being a part of such important decades of vehicle development and styling.”

Can gullwings make a comeback?Credit…Carlos Jaramillo for The New York Times

Casey Rhodes, an aerospace technician from Portland, Ore., had plans to attend the Seattle-area show but couldn’t make it. He said he supported the whole vibe of RADwood.

“I’ve always loved cars built in the ’80s and ’90s,” said Mr. Rhodes, who goes by thekrustykaddy on Instagram. “The ’80s just drew me in by the way they looked and sounded, not to mention the big-body aspect of those years.”

The RADwood era brought about long-lasting classics like Michael Jackson’s “Thriller” and Nike’s Air Jordans. “It was a classic decade for cars,” too, said Mr. Rhodes, who at 26 comes to his nostalgia from a different age bracket.

But soon the Volkswagen bug would bite the family. His father would share stories about his ’80s-era Volkswagen Golf Mk1. His older brother bought a 1983 Rabbit GTI. So in March 2019, Mr. Rhodes bought a barely running 1981 VW Rabbit pickup for $2,700 — from a field where it had been left to die.

“After the purchase I was so hyped I drove up to a local meet,” he said. However, he forgot to check oil, coolant and other pertinent items.

It turned out the oil was low and the coolant in the reservoir nonexistent. Additionally, only two lug nuts held on each wheel. The exhaust system promptly fell off on his way home.

Markets Aren’t That Spooked by Omicron

As U.S. Strikes Syria Prison Held by ISIS, Young Detainees Are Caught in Crossfire
14 mins ago

Biden’s Pandemic Fight: Inside the Setbacks of the First Year
37 mins ago

Biden’s Pandemic Fight: Inside the Setbacks of the First Year