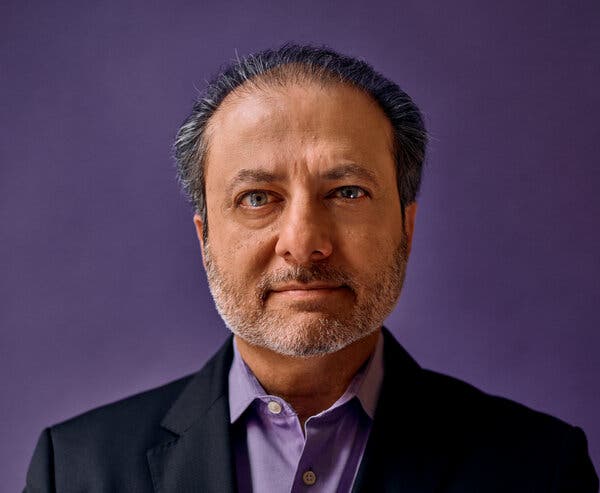 Preet Bharara, the former federal prosecutor, high-profile Donald Trump critic and host of a popular podcast, is joining WilmerHale, the law firm that has become home to a number of former government officials, report The Times’s Benjamin Weiser and Ben Protess in an exclusive for DealBook.

It will be Bharara’s first stint in private practice since the Trump administration fired him in 2017, after he refused to quit as the U.S. attorney for the Southern District of New York. During his more than seven years in the post, Bharara attracted headlines for a crackdown on insider trading on Wall Street and corruption in New York politics.

Bharara, 53, is joining Wilmer as a partner. He said in an interview that he envisioned his role less as one of representing clients in court and more as one of advising executives and boards and companies on “how to do the right thing in the first place — and how to stay out of trouble.” The firm does not disclose compensation figures, buta Wilmer partnership paid on average $2.8 million last year, according to The American Lawyer.

Bharara said he expects to focus on E.S.G., or environmental, social and governance issues. Bharara said that corporate clients ignored E.S.G. at their peril. “Simple-minded criticism of this issue fails to appreciate its complexity and its emerging importance,” he said.

Wilmer has been an active and lucrative passageway between Washington and Big Law. Some progressives have been critical of such moves. The firm has been home to Robert Mueller, who returned after serving as special counsel in the investigation of Russia’s 2016 election interference (he retired last year); Jamie Gorelick, a deputy attorney general in President Bill Clinton’s administration; Alejandro Mayorkas, the homeland security secretary under President Biden; and Brendan McGuire, who in January became chief counsel to Mayor Eric Adams of New York.

Bharara has not taken a traditional path through the so-called revolving door. He and his brother built a podcast company, Cafe Studios, which Vox Media bought last year for an undisclosed amount. Bharara has hosted two weekly podcasts, which he plans to continue to do even after he joins Wilmer. His more well-known podcast, “Stay Tuned With Preet,” examines issues of law and social justice.

Celsius, a crypto lender, freezes all withdrawals and transfers. The company said in a memo to clients today that it was reacting “to extreme market conditions.” Bitcoin and other cryptocurrencies fell on the announcement, with Bitcoin hitting its lowest level since December 2020.

Stocks fall again, as futures suggest that Wall Street will open in bear market territory. Futures for the S&P 500 were down more than 2 percent, as rising inflation and higher interest rates weighed on economic outlooks. The two-year and 10-year Treasury yield curve briefly inverted this morning, a sign of short-term concerns about the economy.

Senators reach a bipartisan deal on a narrow set of gun safety measures. The agreement falls short of the changes championed by Democrats, but is a significant step toward ending the congressional impasse over gun control. The agreement includes enhanced background checks especially of buyers under age 21 and a provision that would, for the first time, extend to dating partners a prohibition on domestic abusers having guns.

The State of the Stock Market

The stock market’s decline this year has been painful. And it remains difficult to predict what is in store for the future.

Google agrees to pay $118 million to settle a gender pay discrimination lawsuit. The tech giant has settled a class-action lawsuit that accused it of systematically underpaying women. Google admitted no wrongdoing as it resolved four women’s claims of widespread pay biases.

The S.E.C. is investigating Goldman Sachs over its E.S.G. funds. The agency is examining E.S.G. mutual funds overseen by the bank’s asset management unit, two people familiar with the matter said. Regulators have intensified their scrutiny of sustainable investment vehicles, which have become increasingly popular but have also been criticized for a lack of accountability.

Yahoo names a new board

Yahoo, which was bought by the private equity firm Apollo last year for $5 billion, will announce a new board of directors this morning.

Among those joining the board of the internet company are Jessica Alba, the actress and Honest Company founder, and Aryeh Bourkoff, C.E.O. of the advisory boutique LionTree. Other new members are the former CBS executive Fouad ElNaggar; the investor Michael Kives; Cynthia Marshall, C.E.O. of the Dallas Mavericks;and Katie Stanton, the founder and general partner of Moxxie Ventures. The board also includes representatives from Apollo and C.E.O. Jim Lanzone.

Yahoo’s corporate makeover comes as internet brands are riding a tough wave. New privacy settings by Apple are cutting into tech companies’ profits, and supply chain snarls andfears of an economic slowdown are limiting advertising dollars, affecting everyone from Twitter to Alphabet. “Certainly the market at large is in a bit of a rough spot this year, but much less so for Yahoo,” Lanzone said, arguing that its 900 million user base makes the company valuable to advertisers regardless of broader trends. Being private while weathering industry challenges is also an advantage, he says.

It’s all about the products. Lanzone, who joined Yahoo in September from the dating app Tinder, in his first interview since taking the top job, said he wants to run the company with properties like Yahoo Finance, Yahoo Sports, TechCrunch as individual products, rather than a single entity.That was a strategy Lanzone pursued at CBS Interactive, which he ran before he headed to Tinder and which housed internet brands like SportsLine and CNET. “How Apollo contemplates this deal is that these businesses could be built up,” Lanzone said. “Theoretically, they could spin out into their own IPO, the way a Match Group or Vimeo did.”

Lanzone wants to do deals, though not yet. Lanzone said he has already gotten multiple offers for AOL, though the company has no immediate plans to sell. Expect Yahoo to make acquisitions as well, Lanzone said, and he is looking broadly for deals. But Lanzone said the company was not likely to make a major acquisition for at least the next year.

A proposed class action filed in California federal court today appears to be the first U.S. case arising from the $40 billion Terra/Luna crypto crash last month, when the stablecoin known as UST, meant to maintain a $1 value, fell to about 11 cents. The case targets Binance.US, an exchange that promoted UST as “safe,” alleging that the company listed an unregistered securities offering and itself failed to register with the S.E.C.

Investors say they bought UST based on Binance’s claims. The case, led by Kyle Roche of Roche Freedman and Tibor Nagy of Dontzin Nagy & Fleissig, argues that the company’s listing and promotions gave investors the impression that UST was a risk-free alternative to more volatile crypto investments and that Binance.US has been changing its arbitration clause since the crash, making the terms “unconscionable” in anticipation of an onslaught of complaints. A Binance.US spokeswoman countered that the assertions are meritless and that the company “adheres to all applicable regulations.” She added, “We will defend ourselves vigorously.”

Do the current rules apply to new products? Gary Gensler, the S.E.C. chairman, argues that many crypto assets are classic “investment contracts” requiring registration with the agency and that crypto exchanges should register, too. Based on the Supreme Court’s 1946 “Howey Test,” an “investment contract” is defined as a monetary investment in a common enterprise with an expectation of profit from others’ efforts. But there is great debate in the crypto industry and among regulators and lawmakers about just what falls into that category.

Are algorithmic stablecoins securities? UST’s dollar price was stabilized through a relationship with another cryptocurrency, Luna, and relied on arbitrage incentives. Investors maintain UST by making or destroying its supply in exchange for Luna and can profit in the process. But in May, when investors fled UST, Terra founders had to intervene. The arbitrage design and that interference, among other things, show that UST is an investment contract per the Howey Test, the complaint contends.

“Why is this group spending so much money — billions of dollars — recruiting players and chasing a concept with no possibility of a return?”

BlackRock is giving more investors the power to vote on shareholder proposals.

Earlier this year, the investment giant made it easier for its biggest institutional investors to vote the shares they hold indirectly though index funds. But as BlackRock and other index fund managers like State Street and Vanguard have grown, they have come under criticism that they hold too much sway over corporate America, with an outsize say over how the largest companies pay their executives, whom they nominate to their boards and what disclosures they have to make on climate change and other issues.

BlackRock today is expanding the self-voting option to a number of pension funds and other large clients outside the U.S., including Canada and Ireland. In all, BlackRock says that clients representing $2.3 trillion, or about 47 percent of all its index fund assets, now have the option to vote their shares directly.

BlackRock’s disclosure comes ahead of a Senate hearing tomorrow on index funds. The hearing focuses on a bill sponsored by Senator Dan Sullivan, Republican of Alaska, on a measure that would prohibit BlackRock and others from voting on shareholder proposals unless they have explicit permission from their institutional clients. Republicans and others have criticized BlackRock and others for pushing companies to confront E.S.G. issues, rather than just focusing on profits.

Individual investors in exchange traded funds still will have to wait. BlackRock will continue to make the voting decisions for at least $2.6 trillion of assets. These are primarily the investments of individuals who have bought into one of BlackRock’s index mutual funds or one of its iShares E.T.F.s. BlackRock says that a rule change or new law would be required to allow average investors the ability to vote the shares they own through index funds.

How Covid Did Away With the Sick Day

The C.E.O. Silence on the Jan. 6 Hearings

Over 360 newspapers have closed since just before the start of the pandemic.

Featured Posts
Brittney Griner’s Trial in Russia Is Starting, and Likely to End in a Conviction
2 hours ago

Brittney Griner’s Trial in Russia Is Starting, and Likely to End in a Conviction

Concerns, Complaints and a Suicide Shake Chelsea F.C.
5 hours ago

With a Throwback Style, He’s Charging Forward
5 hours ago