A combination of flush state budget coffers and rapid inflation has lawmakers across the country looking for ways to ease the pain of rising prices, with nearly three dozen states enacting or considering some form of tax relief, according to the Tax Foundation, a right-leaning think tank.

The efforts are blurring typical party lines when it comes to tax policy. In many cases, Democrats are joining Republicans in supporting permanently lower taxes or temporary cuts, including for high earners.

Jason Furman, an economist at Harvard University who was an economic adviser under the Obama administration, said that the United States economy was producing at full capacity right now and that any additional spending power would only drive up demand and prices. But when it comes to cutting taxes, he acknowledged, the incentives for states do not always appear to be aligned with what is best for the national economy.

“I think all these tax cuts in states are adding to inflation,” Mr. Furman said. “The problem is, from any governor’s perspective, a lot of the inflation it is adding is nationwide and a lot of the benefits of the tax cuts are to the states.”

States are awash in cash after a faster-than-expected economic rebound in 2021 and a $350 billion infusion of stimulus funds that Congress allocated to states and cities last year. While the Biden administration has restricted states from using relief money to directly subsidize tax cuts, many governments have been able to find budgetary workarounds to do just that without violating the rules.

Last week, Gov. Ron DeSantis of Florida signed a $1.2 billion tax cut that was made possible by budget surpluses. The state’s coffers were bolstered by $8.8 billion in federal pandemic relief money. Mr. DeSantis, a Republican, hailed the tax cuts as the largest in the state’s history.

“Florida’s economy has consistently outpaced the nation, but we are still fighting against inflationary policies imposed on us by the Biden administration,” he said.

Adding to the urgency is the political calendar: Many governors and state legislators face elections in November, and voters have made clear they are concerned about rising prices for gas, food and rent.

“It’s very difficult for policymakers to see the inflationary pressures that taxpayers are burdened by right now while sitting on significant cash reserves without some desire to return that,” said Jared Walczak, vice president of state projects with the Center for State Tax Policy at the Tax Foundation. “The challenge for policymakers is that simply cutting checks to taxpayers can feed the inflationary environment rather than offsetting it.”

The tax cuts are coming in a variety of forms and sizes. According to the Tax Foundation, which has been tracking proposals this year, some would be phased in, some would be permanent and others would be temporary “holidays.”

Next month, New York will suspend some of its state gas taxes through the end of the year, a move that Gov. Kathy Hochul, a Democrat, said would save families and businesses an estimated $585 million.

In Pennsylvania, Gov. Tom Wolf, a Democrat, has called for gradually lowering the state’s corporate tax rate to 5 percent from 10 percent — taking a decidedly different stance from many of his political peers in Congress, who have called for raising corporate taxes. Mr. Wolf said in April that the proposal was intended to make Pennsylvania more business friendly. 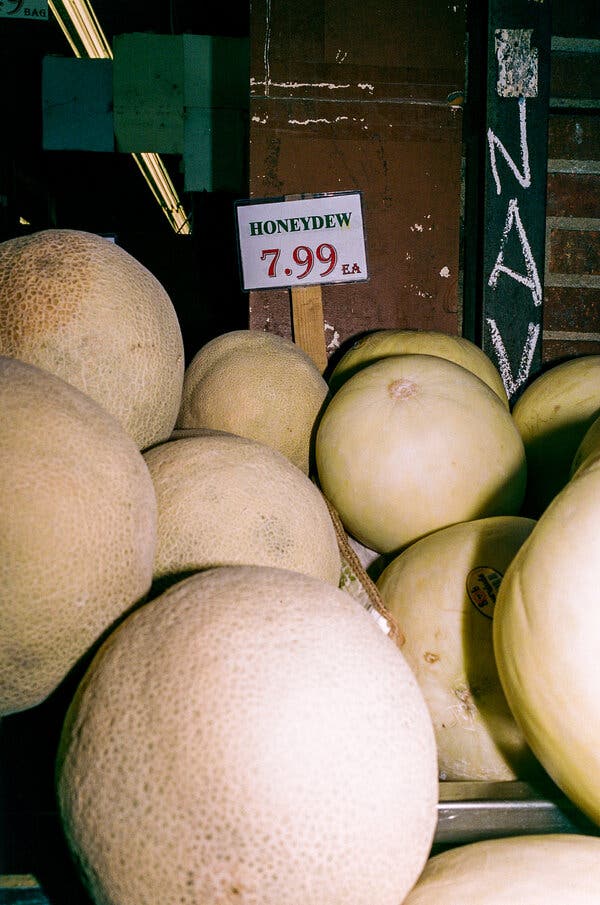 States are acting on a fresh appetite for tax cuts as inflation is running at a 40-year high.Credit…OK McCausland for The New York Times

Mr. Furman pointed to the budget surpluses as evidence that the $1.9 trillion pandemic relief package handed too much money to local governments. “The problem was there was just too much money for states and localities.”

A new report from the Tax Policy Center, a left-leaning think tank, said total state revenues rose by about 17.6 percent last year. State rainy day funds — money that is set aside to cover unexpected costs — have reached “new record levels,” according to the National Association of State Budget Officers.

Yet those rosy budget balances may not last if the economy slows, as expected. The Federal Reserve has begun raising interest rates in an attempt to cool economic growth, and there are growing concerns about the potential for another recession. Stocks fell for another session on Monday, with the S&P 500 down 3.2 percent, as investors fretted about a slowdown in global growth, high inflation and other economic woes.

The Tax Policy Center said its state tax revenue forecasts for the rest of this year and next year were “alarmingly weak” as states enacted tax cuts and spending plans. Fitch, the credit rating agency, said recently that immediate and permanent tax cuts could be risky in light of evolving economic conditions.

“Substantial tax policy changes can negatively affect revenues and lead to long-term structural budget challenges, especially when enacted all at once in an uncertain economic environment,” Fitch said.

The state tax cuts are taking place as the Biden administration struggles to respond to rising prices. So far, the White House has resisted calls for a gas tax holiday, though Jen Psaki, the White House press secretary, said in April that President Biden was open to the idea. The administration has responded by primarily trying to ease supply chain logjams that have created shortages of goods and cracking down on price gouging, but taming inflation falls largely to the Fed.

The White House declined to assess the merits of states’ cutting taxes but pointed to the administration’s measures to expand fuel supplies and proposals for strengthening supply chains and lowering health and child care costs as evidence that Mr. Biden was taking inflation seriously.

The degree to which state tax relief fuels inflation depends in large part on how quickly the moves go into effect.

Gov. Laura Kelly backed a bill last month that would phase out the 6.5 percent grocery sales tax in Kansas, lowering it next January and bringing it to zero by 2025. Republicans in the state pushed for the gradual reduction despite calls from Democrats to cut the tax to zero by July.

Why are these midterms so important? This year’s races could tip the balance of power in Congress to Republicans, hobbling President Biden’s agenda for the second half of his term. They will also test former President Donald J. Trump’s role as a G.O.P. kingmaker. Here’s what to know:

What are the midterm elections? Midterms take place two years after a presidential election, at the midpoint of a presidential term — hence the name. This year, a lot of seats are up for grabs, including all 435 House seats, 35 of the 100 Senate seats and 36 of 50 governorships.

What do the midterms mean for Biden? With slim majorities in Congress, Democrats have struggled to pass Mr. Biden’s agenda. Republican control of the House or Senate would make the president’s legislative goals a near-impossibility.

What are the races to watch? Only a handful of seats will determine if Democrats maintain control of the House over Republicans, and a single state could shift power in the 50-50 Senate. Here are 10 races to watch in the House and Senate, as well as several key governor’s contests.

When are the key races taking place? The primary gauntlet is already underway. Closely watched races in Pennsylvania, North Carolina and Georgia will be held in May, with more taking place through the summer. Primaries run until September before the general election on Nov. 8.

Go deeper. What is redistricting and how does it affect the midterm elections? How does polling work? How do you register to vote? We’ve got more answers to your pressing midterm questions here.

“As prices continue to rise for the essentials like groceries, we need to provide relief swiftly,” Ms. Kelly said on Twitter.

As Russia’s war in Ukraine drives up energy prices, many states have been debating whether to enact gas tax holidays or send out rebates.

This month, Delaware will begin sending out $300 “relief payments” to adult residents. The bill signed by Mr. DeSantis will also spend $200 million of pandemic relief money to suspend its gas tax during October, ahead of the November elections. And Alaska is considering a suspension of its motor fuel taxes through mid-2023.

Grover Norquist, president of Americans for Tax Reform, a group that promotes lower taxes, has been encouraging governors to eliminate their income taxes altogether and said inflation was changing the calculus of how state officials thought about tax policy. He noted that few Democrats were talking about raising taxes.

“It’s more painful to live in a high-tax state,” Mr. Norquist said, suggesting that more mobility because of remote work has forced states to keep their taxes more competitive. “It’s easier to move, and the places you can move to are much more cosmopolitan than they used to be.”

As Russia’s war in Ukraine drives up energy prices, many states have been debating whether to enact gas tax holidays or send out rebates.Credit…OK McCausland for The New York Times

States with high taxes such as New York have been grappling with concerns about residents fleeing for tax purposes. Ms. Hochul said this year that she would not support any tax increases, noting that she did not want those who support art, culture and philanthropy in New York City moving to Miami.

The broad effects of tax policy on inflation are not easy to forecast. David Herzig, a partner at Ernst & Young, said that, in theory, taking money out of the economy with higher taxes would depress rising prices, but that if that led workers to demand higher wages it could have the unintended effect of driving prices even higher.

“We don’t know all the knock-on consequences of these decisions,” Mr. Herzig, a former tax law professor, said.

Yet with recent polling showing that inflation is a top worry among voters this year, policies that address higher prices could be critical to political races. Candidates are increasingly focused on how to help people deal with bigger bills.

In Pennsylvania, Attorney General Josh Shapiro, a Democrat who is running for governor, has proposed eliminating the state’s 11 percent cellphone tax, expanding a property tax and rent and rebate program, and providing a $250-per-vehicle gas tax refund. He favored the gas tax refund, which would be paid for with unused pandemic relief money, over a tax holiday because it ensured that oil companies would not reap the benefits.

Republicans have yet to settle on a candidate for governor and will decide during a primary election this month, but some of those running have called for cutting gas taxes.

On the campaign trail, Mr. Shapiro said, voters view higher prices as a major concern and are looking to politicians for answers.

“They talk about the stuff they buy at the grocery store and gas and all of that,” Mr. Shapiro said. “It just costs more, and they want someone to do something about it.”

For Tens of Millions of Americans, the Good Times Are Right Now