The older we get, the more life and death tangle. In this poem, the speaker occupies the liminal space of transition, where the child and the parents begin to switch roles. This poem toggles among birth, life and death seamlessly — it starts with objects remaining after a recent death, and eventually turns to the speaker running errands with his aging parents. This final unannounced shift is what gives this poem gravity — changes are always happening, and time’s movement is constant, but our awareness of these changes arrives at the most mundane moments: buying cupcakes at a bakery, or picking up cold medicine at the pharmacy. Selected by Victoria Chang 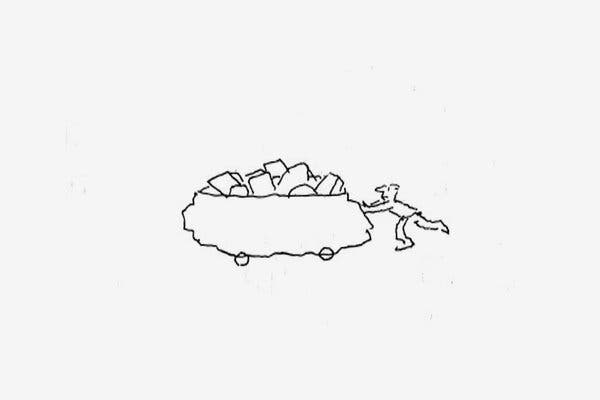 On a table in the living room
there is a gray ceramic bowl that catches
the light each afternoon, contains it.
This is the room we turned into
the room of her dying, the hospital bed
in the center, the medical equipment
against the walls like personnel.
In Maine, once, I rented a house hundreds
of years old. One room had been
the birthing room, I was told, and I sat
in that room writing towards the bright
new world I am always trying
to write into. And while I could stop
there, with those two recognitions
of endings and beginnings, I’m thinking
of yesterday’s afternoon of errands.
My father and mother were in the backseat,
my sister in the passenger seat,
and I driving. It was like decades ago
but everyone in the wrong places,
as though time was simply about
different arrangements of proximity.
Sometimes someone is in front of you.
Or they are beside. At other times
they are behind you, or just elsewhere,
inconsolably, as though time was
about how well or badly you attended
to the bodies around you. First, we went
to the bakery. Then the hardware.
The pharmacy, the grocery. Then the bank.

Victoria Changhas written five books of poems, most recently “Obit” (Copper Canyon Press, 2020), which was named a New York Times Notable Book. Her book of nonfiction, “Dear Memory: Letters on Writing, Silence and Grief,” was published by Milkweed Editions in 2021. She lives in Los Angeles and teaches in Antioch University’s M.F.A. program. Rick Barot is an American poet whose latest book is “The Galleons” (Milkweed Editions, 2020). He directs the Rainier Writing Workshop, a low-residency M.F.A. program.

What Should I Do About a Friend’s Racist Figurines?

Featured Posts
More than 1 in 5 adult Covid survivors in the U.S. may develop long Covid, a C.D.C. study suggests.
2 hours ago