WASHINGTON — The Justice Department objected on Monday to making public the affidavit used to justify the search of former President Donald J. Trump’s home in Florida, saying its release would “compromise future investigative steps” and “likely chill” cooperation with witnesses.

In a 13-page pleading, filed in a federal court in southern Florida in response to requests by The New York Times and other news organizations to make public the evidence included in the document, prosecutors suggested that the department has undertaken a broad, intensive inquiry into Mr. Trump’s handling of some of the most secret documents of the government after he left office.

The prosecutors acknowledged interviewing witnesses in connection with the investigation of Mr. Trump’s retention of the material. They also wrote that releasing the document could compromise the continuing investigation.

“Disclosure of the government’s affidavit at this stage would also likely chill future cooperation by witnesses whose assistance may be sought as this investigation progresses,” prosecutors wrote. They added that releasing the affidavit could harm “other high-profile investigations” as well.

One of the reasons proposed by the government for not releasing the affidavit was to protect the identities of witnesses against death threats. On Monday, prosecutors in Pennsylvania unsealed charges against a man accused of repeatedly threatening to kill F.B.I. agents in the days after Mr. Trump’s property was searched.

The magistrate judge who signed the search warrant, Bruce E. Reinhart, will ultimately decide whether the affidavit should be released. It is unclear when he will rule on the news media’s request.

The legal — and political — aftershocks from the search were still reverberating a week after F.B.I. agents appeared at the resort while the president was at his club in Bedminster, N.J.

Mr. Trump, who has accused Attorney General Merrick B. Garland of conducting a politically motivated “witch hunt” and roughly rifling through his family’s possessions, claimed on Monday that the government “stole my three Passports,” in a post on Truth Social, the online platform he founded.

By late Monday, the Justice Department admitted the error and contacted Mr. Trump’s legal team to retrieve the three passports — two of them expired and the third an active diplomatic passport, according to one of the former president’s lawyers, Evan Corcoran, and a spokesman for the department.

Mr. Garland agreed last week to release the warrant used to search Mr. Trump’s private club, but has resisted attempts to make public the underlying affidavit, a far more sensitive document that should contain, among other things, the reasons prosecutors believe there was probable cause that evidence of a crime could be found at Mar-a-Lago, Mr. Trump’s estate in Palm Beach, Fla.

Federal agents removed top secret documents when they searched Mr. Trump’s residence last week as part of an investigation into possible violations of the Espionage Act and other laws, according to a search warrant made public on Friday.

At least one lawyer for Mr. Trump signed a written statement in June asserting that all material marked as classified and held in boxes in a storage area at Mar-a-Lago had been returned to the government, four people with knowledge of the document said.

Even as the former president counterattacked, new details emerged of how Mr. Trump and his inner circle flouted the norms, and possibly the laws, governing their handling of government records.

According to two people with knowledge of the situation, Mr. Trump and his chief of staff, Mark Meadows, the man who oversaw presidential records in the chaotic closing days of the administration, failed to organize an effort to collect, box and deliver materials to the National Archives — as prior presidents, and Mr. Trump’s own vice president, Mike Pence, did.

Instead, they often focused on settling political grievances and personal grudges, they said.

In the weeks leading up to Mr. Trump’s departure from the White House, officials discussed what to do about material that he had at various points taken up to the residence and that needed to be properly stored and returned.

By then, the staff secretary, Derek Lyons, known for trying to keep systems in place, had left the administration. Mr. Meadows said he would address such issues, according to a senior administration official.

Mark Meadows, the White House chief of staff at the time, oversaw presidential records in the closing days of the Trump administration.Credit…Stefani Reynolds for The New York Times

While all this was happening, a very different scenario was playing out just across West Executive Avenue, in Mr. Pence’s less frenetic office.

As Mr. Trump sought to hold on to power, two of Mr. Pence’s senior aides — Marc Short, his chief of staff, and Greg Jacob, his counsel — indexed and boxed all of his government papers, according to three former officials with knowledge of the work.

Mr. Jacob spent the bulk of his final few days in government preparing the final boxes, with the goal of ensuring that Mr. Pence left office without a single paper that did not belong to him, one of the officials said.

Ready to Party. But First Comes the Cleanup. 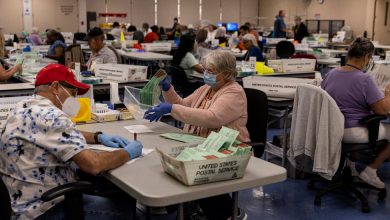 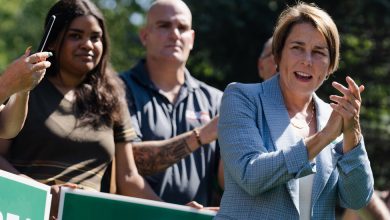 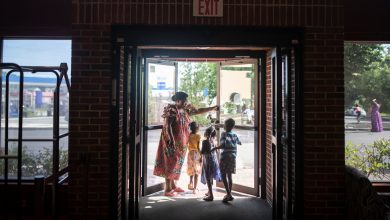