The idea was born during a beach trip in Ghana, when Nana Darkoa Sekyiamah noticed that the conversation among her friends kept turning to one issue: sex.

For the first time in her life, Sekyiamah said, she felt she was hearing African women talk openly and honestly about their sexual experiences, desires and fantasies.

“It just felt so freeing. It felt nonjudgmental. It felt comfortable. It felt safe,” said Sekyiamah, who is Ghanaian, recently. “I had never felt like that before.”

After the trip, reluctant to let the discussions go, she co-founded a blog where women could share their accounts. Stories poured in, and became the genesis of a book, “The Sex Lives of African Women.” Composed of 32 first-person accounts, including Sekyiamah’s own, it was at once relatable — and revolutionary.

The book explores the ways African women have sought freedom, pleasure and healing through their sexual experiences. In a continent where comprehensive sex education in schools is minimal to nonexistent, and religious and social traditions have kept women from exploring their sexuality or discussing it publicly, “Sex Lives” has sparked a debate across the region and the African diaspora.

“This book captures our collective story of sexual liberation,” said Felogene Anumo, who attended a recent stage production of the book in a packed auditorium in the Kenyan capital, Nairobi. “It captures our experiences of pain and pleasure in the same book and helps decolonize the gaze that the majority of the world has had on the African female body.” 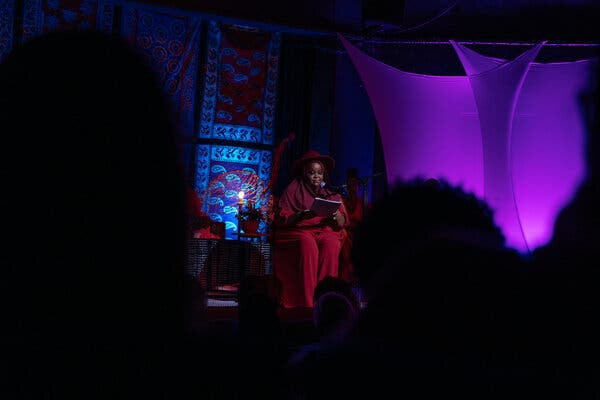 Sharon Nderitu reads from “Sex Lives” during the stage production in Nairobi.Credit…Khadija Farah for The New York Times

Since it was first published in Britain last year and in the United States in March, “Sex Lives” has been distributed in over 100 countries and territories — often a common route for English-language books published by many African authors. Along the way, readers said, it has helped women find supportive communities, confront myths and even, in some cases, change their lives.

The collection recounts a rich variety of experiences: what it’s like to navigate a polygamous marriage in Senegal, find gay love in Egypt, heal from child sexual abuse in Ethiopia and choose celibacy as a form of spiritual cleansing in the United States.

For Sekyiamah, who was among the audience of 200 watching the book’s adaptation at the Alliance Française theater in central Nairobi, the experience brought to life not only the stories she had captured but also the necessary conversation she hoped to spark about the vast tapestry of African women’s sexuality.

“We are always being portrayed in extremely limited ways,” Sekyiamah said in an interview.

African women, she said, are often seen as people who are “passive, miserable, constantly pregnant, suffering from H.I.V. and AIDS, and who have been mutilated,” she said, referring to female genital mutilation. “It just felt so narrow to me because you never got the fuller story.”

The book has drawn rave reviews, including praise from the publisher and writer Margaret Busby, the writer NoViolet Bulawayo, the Booker Prize-winning author Bernardine Evaristo and countless other women who share their reactions on social media, laughing and weeping over the healing and heartache they find in the collection.

Many have also spoken publicly about giving the book as a gift to encourage discussion among friends and family.

The book’s publication comes at a time when writers across the continent, and their readers on social media, are increasingly talking about intimacy, love and gender equality, and questioning the role of the state and of religion in sexual oppression and freedom.

Over the past decade, the poetry of the Ugandan activist Stella Nyanzi, books like “Sex and Lies,” by the French Moroccan author Leïla Slimani, and podcasts like The Spread, AfroQueer and Feministing While Malawian have all animated raw conversations about African women’s sexuality and the ways politics, power and patriarchy try to keep it under check. These examinations are happening even as cases of domestic violence increased during the pandemic and women continued to face arrest for violating public morality laws. 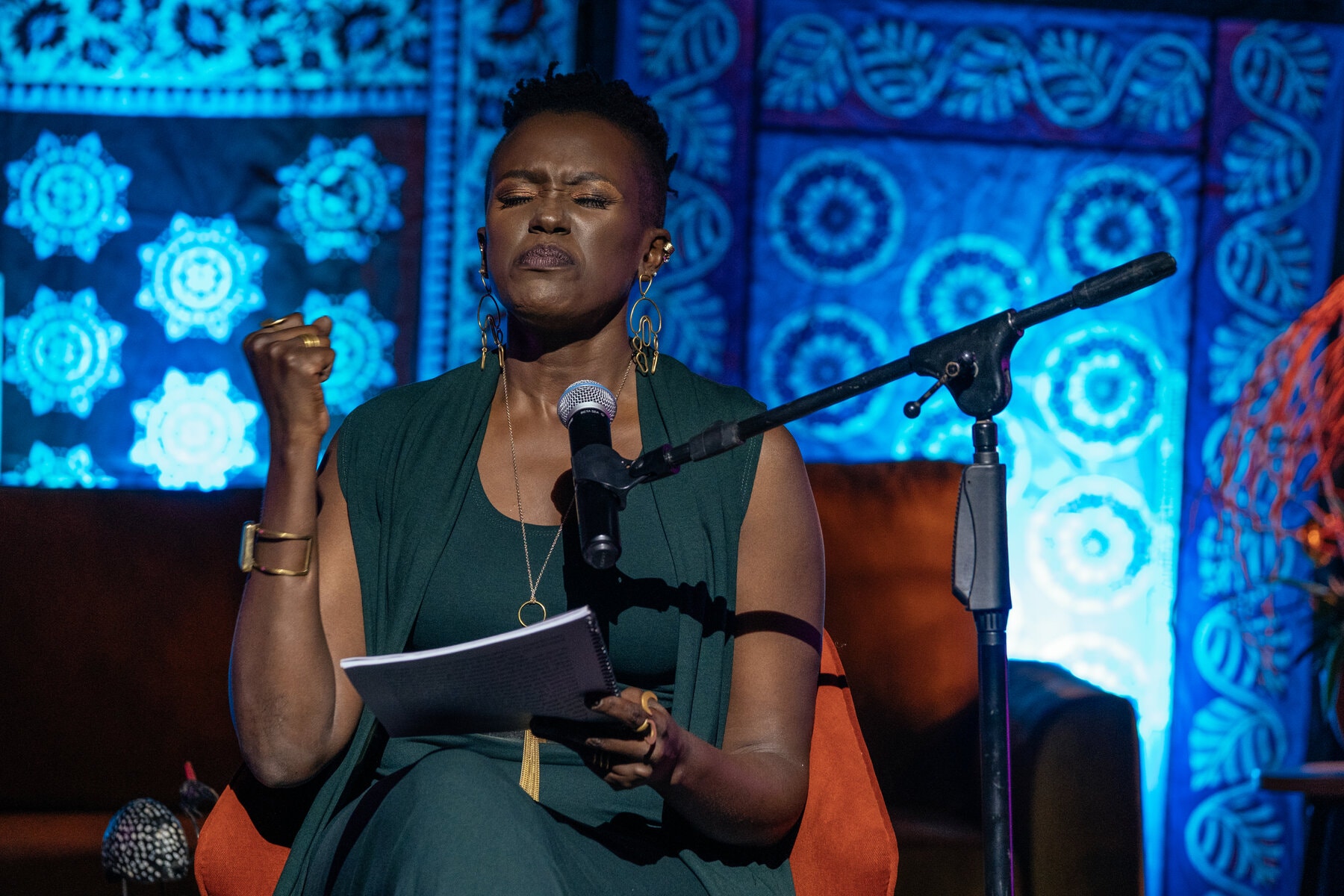 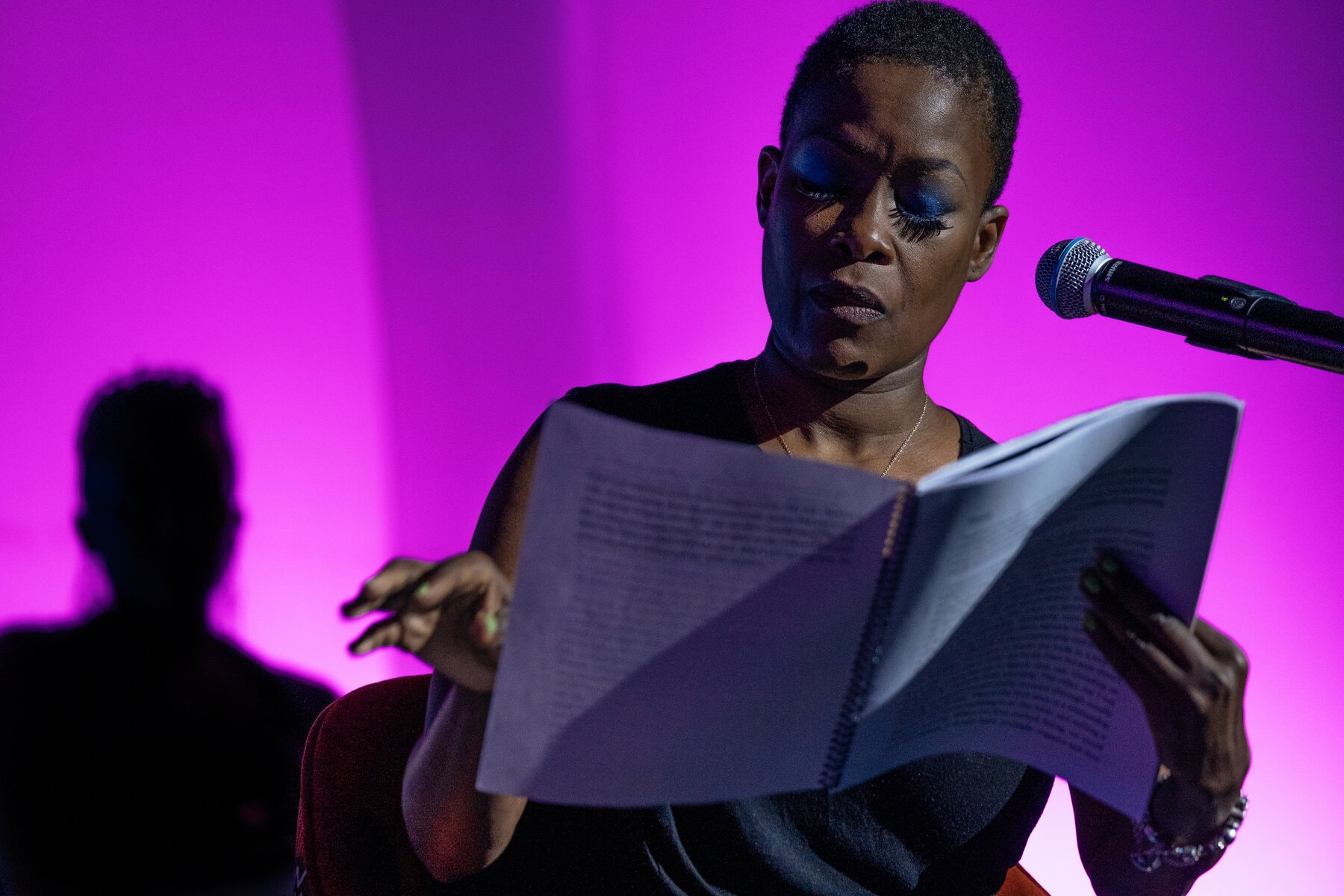 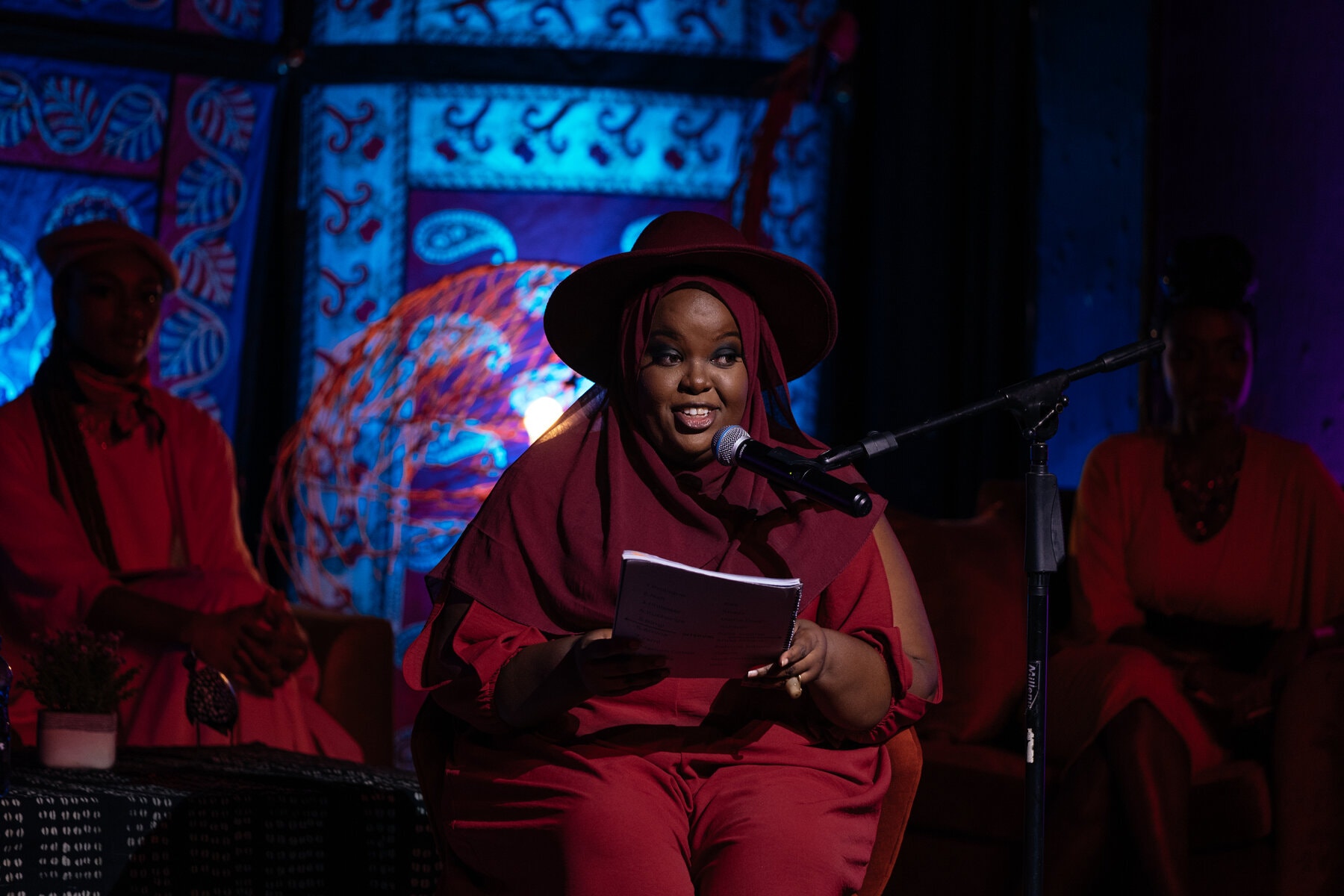 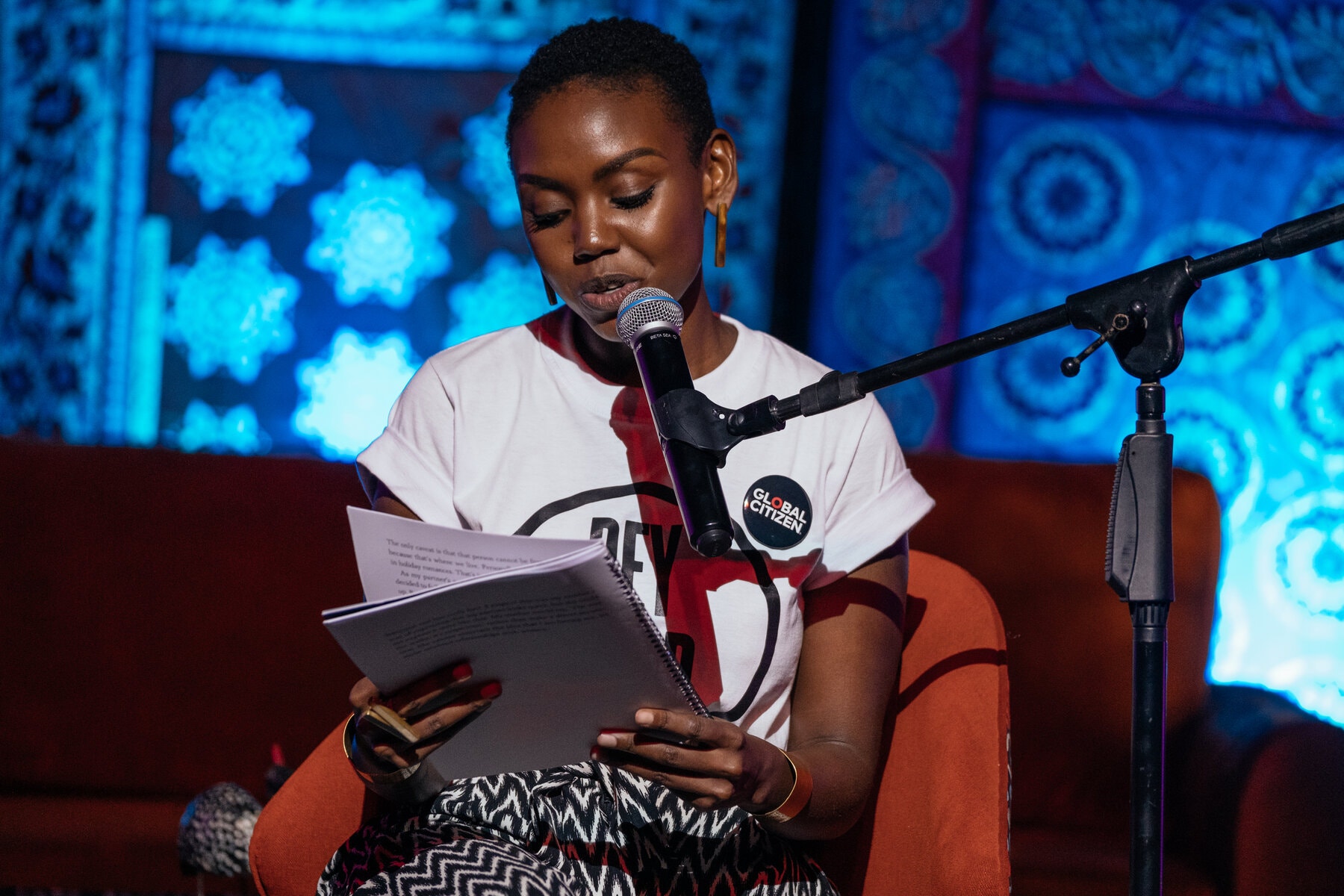 The positive reaction to Sekyiamah’s book was “so powerful and so necessary,” said Mona Eltahawy, the Egyptian American author of “The Seven Necessary Sins for Women and Girls” and “Headscarves and Hymens: Why the Middle East Needs a Sexual Revolution.”

The movement is “part of a sexual revolution that’s happening across our continent,” Eltahawy said.

As a woman of color and feminist writer who grew up and has worked in both the Middle East and the West, Eltahawy said the book made clear that “cisgendered, heterosexual, able-bodied, privileged white women” were far from the only ones exploring themes of sex and sexual fulfillment. The book appealed to her, she said, because it showcased the stories of African women of different sexualities, abilities, religions, economic status and national backgrounds.

“Sex drives are important to us too,” Eltahawy said in a phone interview. “Pleasure, and owning your pleasure, and wanting to liberate yourself sexually, is not a white woman’s life adventure. It belongs to the rest of us.”

Sekyiamah said she hoped the book would give African women a window into the divergent ways they could experience pleasure, rediscover their sexual power and gain agency over their bodies. But more importantly, she added, she hoped the book would help women find a community that would support them, understand their needs and help them navigate difficult circumstances.

“For me, community is always the solution,” said Sekyiamah, who said her work is inspired by other Pan-African activists and feminists including Sylvia Tamale, Hakima Abbas, Sokari Ekine and Tiffany Kagure Mugo.

While women frequently share their feelings about the book and its stories in public, Sekyiamah said the men who read it usually communicate their feelings to her privately.

Silas Nyanchwani, a Kenyan journalist and author who writes about sexuality, said he found some of the book’s revelations “shocking.” But that didn’t stop him from widely recommending it to men, because he found it informative for appreciating what women want.

His own shock, he said, comes from “how we’ve been conditioned to look at women and their sexuality, because patriarchy tries to control these things.” But women, he said, “have found the freedom to pursue whatever they want at all costs and are looking for sexual fulfillment.”

When she first read the book, the Kenyan musician, actor and sex educator who goes by the name Kaz knew she wanted to put the stories onstage. She directed the adaptation of “The Sex Lives of African Women,” and is also the brainchild behind The Spread, a sex-positive podcast that has run since 2016 touching on topics including dating, sex work, pornography and reproductive health.

Kaz, the director of the stage production of “Sex Lives,” said in an interview that “having open discussions about your sexuality is a political act in itself.”Credit…Khadija Farah for The New York Times

In many African schools and homes, she said, the conversation around sex is usually negative, with younger people receiving warnings that they will get diseases, carry unwanted pregnancies or even die if they have sex. Kaz said those narratives are largely shaped by the intersection of colonialism, capitalism and patriarchy, which is why she views her work as helping people unlearn these beliefs.

“Having open discussions about your sexuality is a political act in itself,” Kaz said in an interview. “I definitely see the reason why the book is wildly successful is because people are in a space of their own self-discovery.”

For the show, Kaz introduced 10 performers who read excerpts from the book, then hosted a conversation with the author. The production channeled some of its proceeds toward supporting a community library in central Kenya and a safe house for nonbinary and trans individuals. During the introduction, Kaz’s eyes welled as she spoke of Sheila Lumumba, a 25-year-old Kenyan nonbinary lesbian who was murdered in April.

Sekyiamah, who received a standing ovation after the production was over, said she’s been heartened by the reaction to the book. Writing it was a learning experience for her too, she said, as she glimpsed what it’s like for women with disabilities to date or for those who have experienced female genital mutilation to enjoy sex again.

If the book achieves anything, she said, she hopes it will give women the option to pursue their liberty.

The author, Sekyiamah, said she hoped the book would help women find supportive communities and freedom to be themselves.Credit…Khadija Farah for The New York Times

Tags
Sai̇d Sex She That Who

Featured Posts
MAGA Voters Send a $50 Million G.O.P. Plan Off the Rails in Illinois
50 mins ago