The German government agreed on Friday to take an approximately 30 percent stake in Uniper, one of the country’s largest suppliers of natural gas that was on the brink of financial ruin, to keep energy supplies flowing and fend off potential chaos in Europe’s energy market.

The bailout of Uniper, the first time Germany used a new law to save companies deemed essential to the country’s critical gas supply, is the latest high-profile example of the financial stress the war in Ukraine is causing in nearby European economies.

Germany is facing its worst energy crisis in decades, after Russia invaded Ukraine in February and Moscow has steadily reduced the amount of gas it sends to Europe. The resulting rise in energy prices upended the business model of Uniper, which imported more Russian natural gas than any other company in Germany.

As costs spiked, the German government began worrying that Uniper’s failure could lead to a collapse of the entire system. Robert Habeck, Germany’s economy minister, recently compared this crisis to how Lehman Brothers triggered the global financial crisis. On Friday, he said that the government would not allow a company like Uniper to fail and “risk endangering the security of Germany’s energy supply.”

As part of the rescue, the German government expanded the credit it granted Uniper to 9 billion euros ($9.2 billion), from €2 billion before, and offered up to €8 billion in equity. The government also announced that it would allow energy suppliers to begin passing on increased costs to private and business consumers to spread the burden as broadly as possible beginning Oct. 1.

“We will do everything that matters, today and for as long as necessary,” Chancellor Olaf Scholz told reporters in Berlin announcing the bailout, as part of a wider package of measures to combat the energy crisis.

“We will make sure that nobody is overwhelmed in the current situation,” Mr. Scholz said.

Uniper’s share price veered wildly after the announcement, jumping at first but later crashing as the details of the rescue sank in. The company has lost about 80 percent of its value this year, making it worth less than €3 billion, a sum far overshadowed by the money the government deemed necessary to bail it out.

The Berlin government deliberately made the terms of the deal tough on shareholders and the company, based on a model that it used to keep German airline Lufthansa afloat two years ago. It will require Uniper to use its own capital and operating profit before the government support will kick in.

That means that Uniper will have to absorb up to €7 billion in losses, the company said in a statement. During a news conference on Friday, Uniper’s chief executive, Klaus-Dieter Maubach, estimated such losses at €6.1 billion through September.

Below an Israeli City, a Musical Harmony Belies the Tensions Above Ground

After Parkland, One Question Remains: What Is Justice? 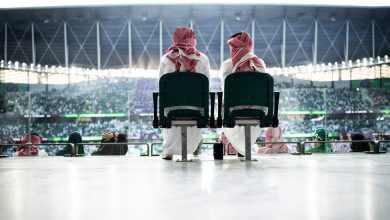 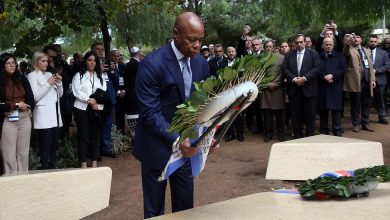 Discussing the ‘Fat Suit’ at ‘The Whale’ Premiere
34 mins ago

Iran Abolishes Morality Police After Months of Protests
58 mins ago