NEW DELHI — Kamla Bhasin, an activist, poet and writer who was an early leader of the women’s movement in India, died here on Sept. 25. She was 75.

Her sister, Bina Kak, a politician and actress, confirmed the death, which was widely mourned in India. She said Ms. Bhasin had been diagnosed with an advanced form of liver cancer a few months ago.

Ms. Bhasin used poetry, songs, slogans, speeches and books to raise awareness of gender issues and to campaign against patriarchy and violence. In a career of nearly 50 years, she co-founded several women’s groups to address issues like women’s health and education and violence against women, both in rural and urban areas.

Ms. Bhasin sought to build solidarity with women across international borders. In 1998 she started Sangat, a South Asian feminist network to campaign for gender justice in the region. She developed and conducted training programs devoted to social justice, sustainable living and human rights.

“Along with feminism, her mission was really to connect people in South Asia,” said the activist Kalpana Viswanath, who worked with Ms. Bhasin for more than 30 years at Jagori, a women’s group Ms. Bhasin co-founded in 1984. “And that’s why you can see the outpouring of love for her from across the region.”

Ms Bhasin wrote dozens of books, poems and songs that simplified concepts of feminism and patriarchy for people of all ages in cities and villages alike. Many of her writings have been translated into other languages and used as training materials by nongovernmental organizations across the region.

She could be blunt in interviews. “When I’m raped, people say I lost my honor,” she declared in an appearance on the popular television show “Satyamev Jayate” in 2014. “How did I lose my honor? My honor is not in my vagina. I’d like to ask, Why did you place your community’s honor in a woman’s vagina?”

Ms. Bhasin had not set out to be a feminist activist. In West Germany she trained as a development sociologist, studying the consequences of economic change in societies. On her return to India in 1972, she started working with Seva Mandir, a nongovernmental organization in rural Rajasthan, in India’s northwest. Helping to build wells in villages of marginalized people, she saw firsthand the caste and gender biases that women faced there.

“I increasingly found that amongst the poor, women were poorer,” she said in an interview with India Development Review. Referring to people of a low Indian caste, she added, “Amongst Dalits, women were more Dalit. Amongst the excluded, women were more excluded. So even though I didn’t begin my journey as a feminist activist, I slowly became one without even knowing the word ‘feminist’ at that time.”

Ms. Bhasin in 2014 with a copy of a report titled “Legal Empowerment of Tibetan Women in Exile” in Dharamsala, India. She sought solidarity with women across borders throughout South Asia. Credit…Shyam Sharma/Hindustan Times via Getty Images

In 1980, thousands of women marched in protest in cities across India after the country’s Supreme Court acquitted two police officers in the rape of a girl named Mathura in a rural police station. The court said that she had not been raped because she did not scream at the time and had not suffered bodily injury.

The case was a catalyst in the birth of the women’s movement in India. Ms. Bhasin, who was working for the Food and Agriculture Organization of the United Nations, plunged into the movement. (She continued to work for theorganization until 2001.) She attended protests, performed street plays and set out to educate citizens about equality and social justice. Rape laws were amended in 1983 in large part because of the campaign by feminist groups.

Ms. Bahsin remained dedicated to the women’s movement even in the face of personal struggles. Her 27-year-old daughter, Kamaljit Bhasin Malik, killed herself in 2006. Her son, Jeet Kamal, was left disabled by a severe reaction to a vaccine as a baby and required round-the-clock care.

In addition to her sister, Ms. Bhasin is survived by her son and two older brothers, Bharat and Brij Bhasin.

In recent years she talked about the sexual abuse she had suffered as a young girl. She wrote a book on the subject for children, “If Only Someone Had Broken the Silence.”

Kamla Bhasin was born on April 24, 1946, in Shaheedanwali, in what is now Pakistan; she was the fourth child of Mangat Ram Bhasin, a doctor who worked for the Indian government, and Sukanya Devi. She spent most of her childhood in villages in Rajasthan, moving wherever her father’s job took the family. Her sister, Ms. Kak, recalled her as a free-spirited tomboy who refused to follow traditional dictates about how girls should behave.

Ms Bhasin completed her high school and university education in Jaipur before getting a fellowship to the University of Münster in West Germany.

She was briefly married to an army officer, Ms. Kak said, but she found the life of an army wife too restrictive. She married Baljit Malik, a journalist and activist, in 1975, but they divorced after their daughter’s suicide.

Among Ms. Bhasin’s most quoted works is the poem “Because I Am a Girl, I Must Study,” in which a father asks his daughter why she needs to study. She replies in part: 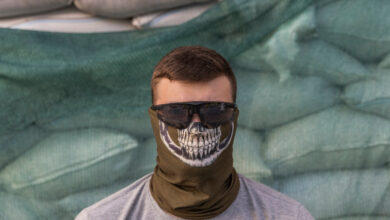 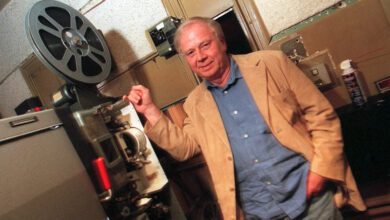 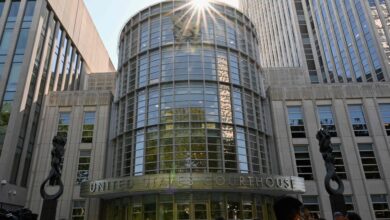 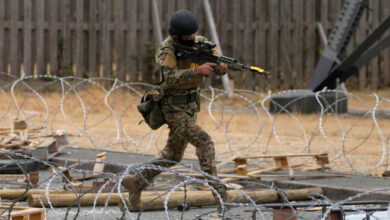 Behind Enemy Lines, Ukrainians Tell Russians ‘You Are Never Safe’
52 mins ago