Mark Farmer’s two-week river cruise from Amsterdam to Budapest got off to a bad start. For the first four days, there were no luxurious dinners overlooking the Rhine River or views from the top-deck balcony room that he and his wife had booked.

In fact, there was no boat at all. He and the other 150 or so passengers were shuttled around the Netherlands and Germany on buses, queuing up in long lines for bathrooms at highway rest stops and cramming into small restaurants.

“We were not happy,” said Mr. Farmer, asales manager for a waste and recycling company. He and his wife, who live in Arizona, had booked the August trip, which had cost $18,000 including business-class flights, to celebrate their 35th wedding anniversary.

One of Europe’s worst droughts in decades has left the water level of parts of the Rhine and the Danube rivers too low for ships to pass, paralyzing commerce and causing disruptions for companies that transport goods and commodities like oil and coal. The drought has also affected river cruises, forcing passengers to cope with last-minute changes to their itineraries, long bus rides and missed excursions.

River cruising is a multibillion-dollar industry, with 1.6 million travelers, many of whom were over the age of 55, cruising European rivers in 2018, a number that had nearly doubled from 2013, according to Statista, a provider of market and consumer data. Cruise Lines International Association, a trade group, said the largest group of passengers come from North America.

Nearly 65 percent of European Union territory is currently under some degree of drought warning, according to the European Drought Observatory, which aims to improve drought resilience. Droughts are likely to become more frequent in the coming years, researchers say, because of the worsening impact of climate change, which is caused by the burning of fossil fuels.

The low water of the Rhine in Cologne, Germany, in early August.Credit…Martin Meissner/Associated Press
Boats lay on the dry riverbed of the Danube in the city of Novi Sad, Serbia, this summer.Credit…Fedja Grulovic/Reuters

Rudi Schreiner, the president and co-owner of AmaWaterways, a river cruise company with a fleet of 26 ships, said that when water levels in the Lower Rhine are too low, cruise passengers are taken on an excursion to a nearby town by bus and then brought back to a spot on the river where water levels are higher. For each day that the cruise itinerary differs from what was scheduled, a passenger receives a voucher for 15 percent off the next seven-night cruise, he said.

Rainfall in Germany last week has provided relief, but the reprieve may be temporary. “The question is how long it will last,” Mr. Schreiner said. AmaWaterways is looking for new technologies to lower the draft of its ships so they can pass through shallower waters. “I don’t see any death of river cruising,” he said. “I see adjustments.”

Even ships that are able to pass through the Rhine have had to reduce the capacity of their loads, since heavy cargo weighs down ships and causes difficulties in shallow waters.

For Mr. Farmer, the last straw came on day three of his trip, when Viking, the operator, arranged for the guests to stay in a hotel that Mr. Farmer described as subpar, with a man in a building next to the hotel staring into their room when he and his wife walked in.

“That night, my wife and I had had enough. I wanted to go home,” he said. But after two hours on hold with customer service, it became apparent that Viking wouldn’t be giving him a refund. So, he said, he and his wife decided they would change their attitudes. They boarded the ship the next day, and the trip improved significantly.

Viking, which offers trips in Europe, said the circumstances that affected that trip were “highly unusual,” with the Rhine and the Danube Rivers experiencing historically low levels. “We recognized that this was not the experience that our guests expected, which is why we provided all guests with a 15 percent credit toward their next Viking voyage, in the form of a voucher good for one year,” a spokesman said. Customer ratings during the dry period have been “highly satisfactory,” he added.

The company also said in a statement last week that the vast majority of its trips faced no interruptions, even though water levels on the Danube remained unusually low. “Our nautical team is continually monitoring the situation,” the company said. “Guests and their travel advisers will continue to be notified directly by Viking customer relations if we think that their itinerary might be impacted.” 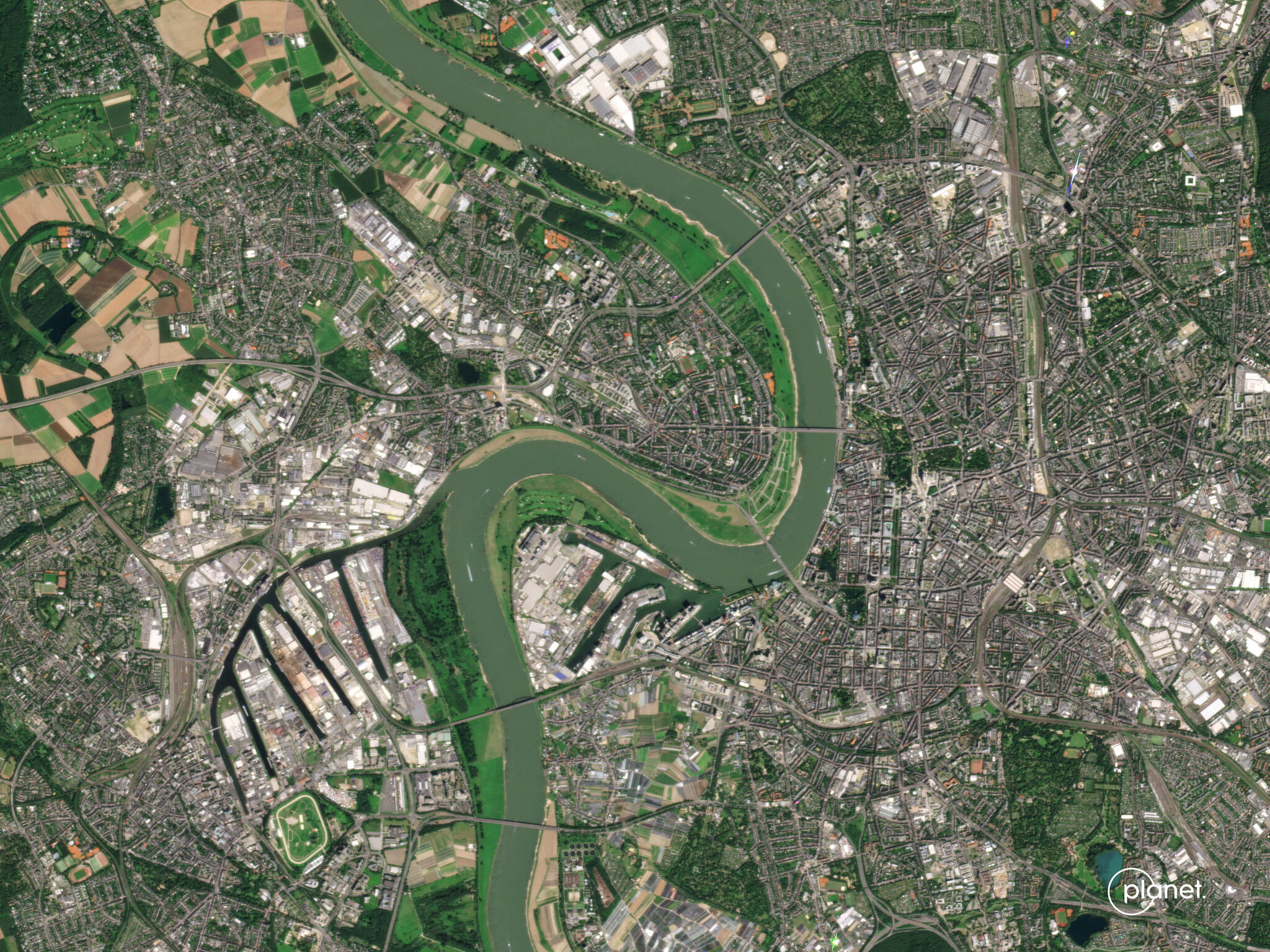 A view from above of the water level of the Rhine River near Düsseldorf, Germany, between 2021 and 2022.CreditCredit…Planet Labs Pbc/Via Reuters

Another passenger on a different Viking cruise this month, Scott Myers, said he and his wife loved their trip, despite viewing one of the most picturesque stretches of the Rhine from a bus.

“It wasn’t as good as if you were sitting on top of the boat as you were floating through, but we were still able to see all the castles,” said Mr. Myers, the director of a county park district in Troy, Ohio. He and his wife were able to spend all but one day of their trip on the cruise they had originally booked. That one day on land involved six or seven hours on a bus, traveling from Cologne, Germany, to Strasbourg, France, with stops, he said.

The pace of climate change has affected other aspects of summer tourism in Europe. With heat waves expected to intensify because of global warming, it is expected that travelers will shift their summer itineraries to destinations further north or on the coasts from destinations like Rome or Tuscany, according to travel agents.

Ellen Bettridge, the president and chief executive of Uniworld, a river cruise company, said that in response to the changing weather in Europe, the company last year expanded into luxury train travel, with itineraries that include both cruise and rail components.

“While we cannot predict future weather changes, we are preparing for it,” she said in a statement. “Our longstanding history and unparalleled relationships within the travel industry have allowed us to be flexible in creating alternate itineraries.” She said most trips had been unaffected, and that the company has had to cancel 7 percent of its cruises.

Transport vessels cruise along the partially dried riverbed of the Rhine in Bingen, Germany.Credit…Wolfgang Rattay/Reuters

Lisa Wheeler-Pollington, who had booked a cruise from Amsterdam to Budapest with her husband, said low water levels in the Rhine caused Uniworld to cancel their trip nine days before they were scheduled to depart for Europe.

“My heart just fell,” said Ms. Wheeler-Pollington, a retired real estate worker, who lives in Sarasota, Fla. She and her husband could not reschedule because they had already arranged care for their two labradors, Cruiser and Scooby-Doo, and contractors were scheduled to do repair work at the house. So Ms. Wheeler-Pollington and her husband accepted a refund and made their way from Amsterdam to Budapest by rail.

It ended up being the best trip of their lives. “Sometimes the unexpected is a lot more fun than things you’ve planned for a year,” she said.

Mr. Farmer, the waste consultant from Arizona, said he wished that he and his wife had been offered a refund. On the second-to-last day of their trip, the cruise had to dock in a town far outside Budapest because of shallow waters in the Danube. Passengers then were back on the bus for a 90-minute drive to the city, he said.

The group toured the city by bus and then drove back to the boat for their final night, before waking up at 3 a.m. to get back on the bus to the Budapest airport for their departing flights.

Mr. Farmer and his wife received a $500 voucher each toward their next Viking cruise, but he said he was not rushing back for another river cruise any time soon. “I literally saw Budapest through a bus window.”

It’s Tough to Become a Lifeguard in New York City 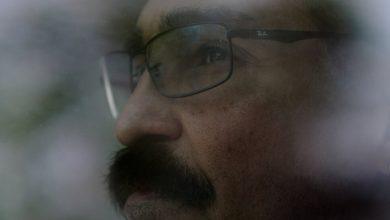 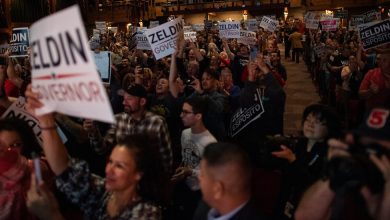 How Free Is the Press in the Birthplace of Democracy?
17 mins ago

The Week in Business: Shoppers Open Their Wallets
29 mins ago

Cheer, Chant, Clean: Japan Takes Out the Trash, and Others Get the Hint
53 mins ago