KRYVYI RIH, Ukraine — After weeks of pounding Russian supply lines and logistical hubs, the Ukrainian military pushed forward this week with its southern counteroffensive, breaking through some frontline defenses to retake several small villages and signaling its ability to strike a larger force that has spent months preparing for such an attack.

But the fighting has been tough against an enemy battling to hold onto territory it has controlled since the first days of the war, which started in February. Russian troops have heavily mined the fields and approaches around their own defensive earthworks, hampering a swift Ukrainian advance, Ukrainian and United States officials said.

“There are offensive actions — there is also certain success,” said Oleksandr Vilkul, the head of the military administration of the city of Kryvyi Rih, which has served as a logistical hub for the southern offensive.

Ukrainian forces have advanced from the northwest and southwest toward the Russia-occupied city of Kherson, the first major city that Russia captured after the invasion began.

In some areas, Ukraine has run into staunch resistance, soldiers familiar with the battle said, but details of the operations remain murky as Ukrainian officials have revealed little about the offensive and have issued restrictions on media access to the front line.

An injured woman in Mykolaiv, near the southern city of Kherson, after a missile strike this week.Credit…Dimitar Dilkoff/Agence France-Presse — Getty Images

Ukrainian troops are pushing to dislodge Russian forces entrenched on the western side of the Dnipro river, which has served as a natural barrier. But it is unclear if this will turn out to be the broad and sustained offensive Ukraine has been forecasting. The battle’s outcome will most likely be decided by the amount of firepower on each side — for Ukrainian forces to rout the Russian defenders, or for the Russians to push the Ukrainians back to their old frontline positions.

After Russian forces invaded Ukraine on Feb. 24 and suffered a stinging defeat around the Ukrainian capital of Kyiv, the war has devolved into one of attrition: both sides’ advantages have been measured in the amount of troops, vehicles and ammunition available to be thrown into combat.

The number of Russian and Ukrainian dead and wounded are well into the tens of thousands. The front lines had barely moved in recent weeks before the Ukrainians launched their offensive in the south. In the east, they have only incrementally shifted in Moscow’s favor, after Russian forces made a big push at the end of June and in early July captured the neighboring cities of Lysychansk and Sievierodonetsk.

But no matter the outcome around the port city of Kherson, the main center of the Kherson region, the continuing battle is a reminder that despite high casualty numbers and embattled units spread along a 1,500-mile front line, the Ukrainian military has managed to muster enough troops to make encouraging gains, even as analysts caution against overestimating the progress.

Smoke was seen rising from the front line this week in the Mykolaiv region, near the southern city of Kherson.Credit…Dimitar Dilkoff/Agence France-Presse — Getty Images

“Those watching this battle from afar need to moderate their expectations about how fast the Ukrainians will be able to prosecute this offensive,” said Michael Kofman, the director of Russian studies at CNA, a research institute in Arlington, Va. “The Russians have had time to entrench.”

Ukrainian officials have also cautioned against setting expectations too high, saying that this will be a brutal winter as they fight to retake territory, with civilians caught in the middle suffering the most.

In Kryvyi Rih, the largest city in central Ukraine, there are already 70,000 internally displaced people, half of whom are from the Kherson region, said Sergiy Miliutin, the deputy mayor of the city.

Unverified videos posted from the offensive showed Ukrainian tanks pushing through fields with huddled infantry trailing behind. The footage evokes the European conflict of World War II, where similar looking battles amid rolling fields took place on the war’s eastern front. Ukrainian casualties, in some areas, have been heavy, some soldiers have said.

“The amount of shelling increased a lot along the whole front line,” Mr. Vilkul said in an interview on Thursday morning. The Russians, he said, “are using all kinds of Multiple Launch Rocket Systems — Grads, Smerch, Hurricane, gun artillery, tanks, mortars and cruise missiles.”

Servicing a captured Russian armored personnel carrier last week in eastern Ukraine. The war in the east has focused on slow Russian advances and Ukrainian troops holding what territory they can to bleed Moscow’s forces.Credit…Tyler Hicks/The New York Times

In a prelude to its ground assault, many of Kyiv’s forces in the south, especially their new American-supplied precision rocket systems, focused on attacking Russian areas behind the front lines: supply depots, bridges and ammunition storage sites.

It remains not known how much these types of attacks will affect the outcome, but similar initiatives in the war’s east ensured that Russian artillery fire sharply dropped off before Moscow’s forces adapted new tactics to shield their equipment.

Mr. Vilkul, who would not divulge specifics of the offensive, attributed the partial gains to “blows that the Ukrainian army lent to the enemy’s rear.”

But artillery strikes are only one part of the Ukrainian strategy to win back the south and the city of Kherson, areas that fell to advancing Russian forces in the war’s first weeks. Partisans, especially in Kherson, have begun a campaign of guerrilla-style attacks to undermine Russian control and sap troop morale.

United States defense officials attributed the timing of the southern offensive to President Volodymyr Zelensky’s strong desire to regain Ukrainian territory before the winter. That would not only bolster Ukrainian morale, but perhaps reassure European allies confronted with an energy crisis and rising prices resulting from the war. It also allow Ukraine to strike before new Russian reinforcements arrive on the front line.

Mr. Zelensky, the officials said, was motivated to demonstrate that Ukrainian forces, despite some setbacks, could press the attack, and that the war had not regressed into a stagnate slog of artillery duels. After Russia-backed separatists formed two breakaway republics in Ukraine’s east in 2014, the war there, which continues today, turned into a “frozen conflict,” and much of the world’s attention shifted to the rise of the Islamic State in the Middle East.

As it stands, the war in Ukraine has morphed into a two-front conflict. The war in the east has focused on slow Russian advances and Ukrainian troops holding what territory they can to bleed Moscow’s forces and thwart their attempts to secure complete control of the rolling plains and mining towns of the mineral-rich Donbas region.

In the south, Kyiv has seemingly decided that this is where the war will be won, where Western-supplied weapons and ammunition are being leveraged to the fullest extent to ensure that whatever foothold Russia possesses in the region will ultimately be untenable.

Two brothers and their families waiting on Monday at a Ukrainian checkpoint on the outskirts of Zaporizhzhia, after fleeing a Russia-occupied village in the Kherson region.Credit…Lynsey Addario for The New York Times

Some Carmakers Say Recycling Car Parts Is the Future. But Is It Realistic? 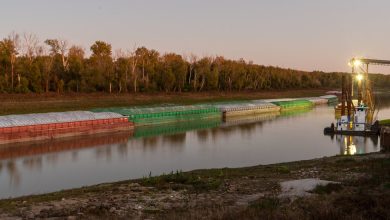 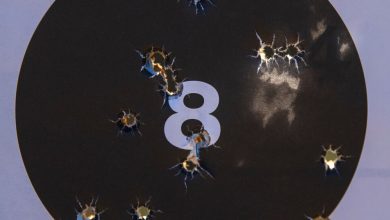 Featured Posts
Mexico’s view from last place: ‘We still have some hope.’
5 mins ago

Long Stretches of the Mississippi River Have Run Dry. What’s Next?
17 mins ago

‘Our Schools Have Become Battlefields’: Teachers Consider Arming Themselves in the Classroom
41 mins ago