In its small glass aquarium, an octopus is coiled placidly in its den.

Then, a crab falls into the tank.

The octopus scrambles to fling itself over the crab, looking less like a finely honed killing machine than a toddler who’s spotted a cookie, engulfing its clawed prey in a cloud of suckered arms and legs.

However, there’s order to this chaos of limbs, according to a paper published Tuesday in the journal Current Biology. Scientists who observed how the octopus hunts found that the creature almost always use its second arm from the center to make a grab for prey, and when it needs backup, it’s the arms closest to that second appendage that they bring into play. The researchers also found that different prey are hunted with different tactics: Crabs get a move the scientists call “parachuting,” while shrimp, which are more skittish and sensitive to big movements, are snared with a stealthy limb.

Octopuses seem to hunt more by feel than by sight. They are often found prospecting for crabs and other prey rather than chasing them.

“They wander around the reef and they speculate by sticking their arms down holes,” said Trevor Wardill, a professor of ecology at the University of Minnesota who studies the vision of octopuses and other cephalopods and is an author of the new paper.

But sometimes octopuses will see a tasty critter dashing by and make a grab for it. Dr. Wardill and Flavie Bidel, a postdoctoral researcher in his laboratory, were curious how this less-studied form of hunting worked, so they set up high-speed cameras around aquariums with octopuses and dropped live crabs and shrimp down a chute to see what the cephalopods did.

Reviewing hundreds of videos of octopus-on-prey action, they identified a number of moves used again and again. There’s parachuting, for instance, where the octopus pounces, spreads the webbing between its limbs to contain the prey and uses its limbs to bring dinner into its mouth. There’s the snap-trap, where two groups of arms extend like a pincer around the prey. 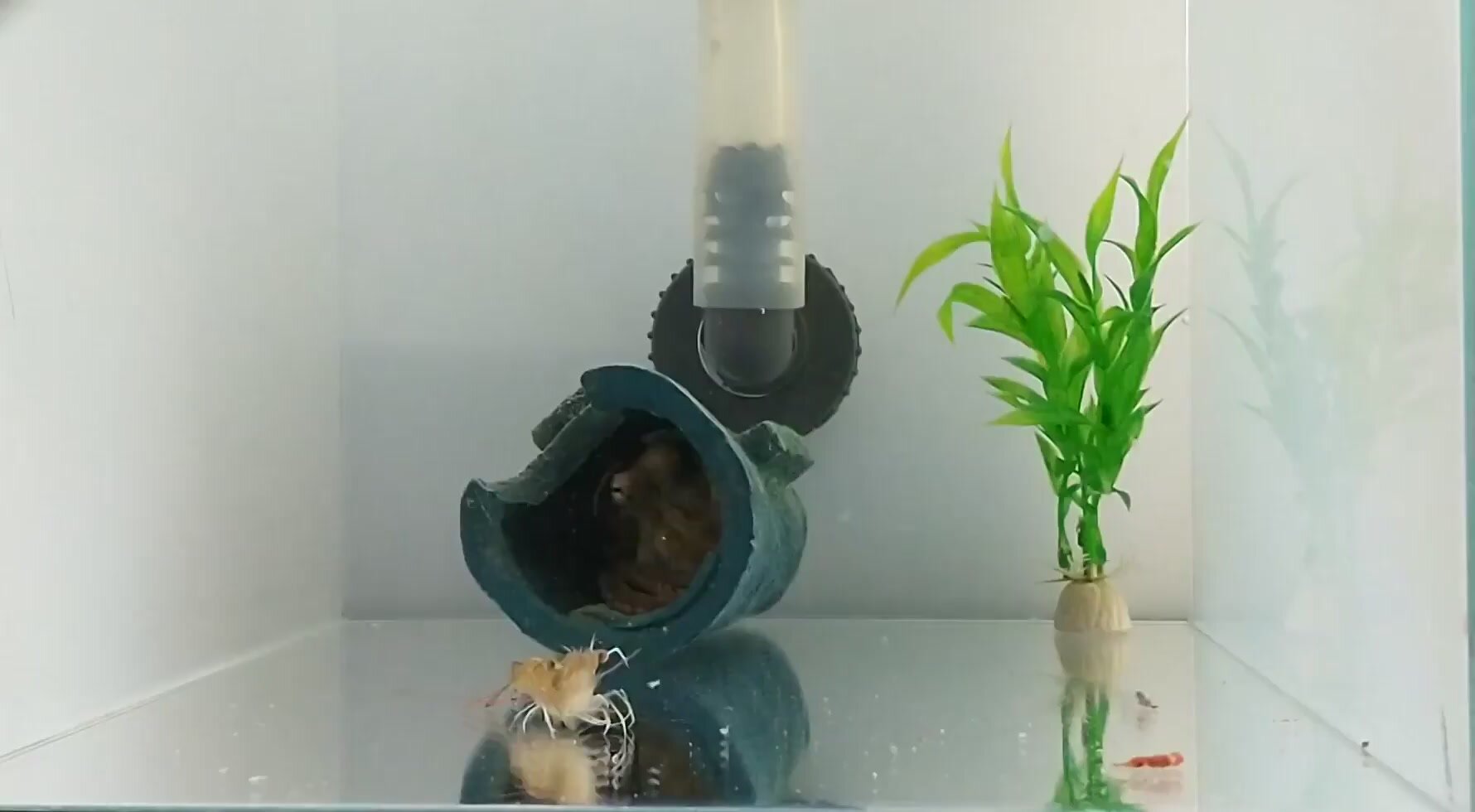 There was also a strange little maneuver that the octopuses deployed when they were faced with a shrimp, which the scientists called “waving.”

If a shrimp senses movement in the water nearby, it will flick its tail and zoom away, in what Dr. Wardill calls a “ballistic, get-the-heck-out-of-here” move. In the videos, octopuses often snaked an arm out in front of them, waving it gently, before wrapping it tightly around a shrimp’s antennae and going in for the kill. He speculates that this wavelike movement could be a way of spoofing the shrimp’s sensors: To the shrimp, it might feel about the same as a piece of seaweed undulating nearby, thus concealing the octopus’s actions.

The researchers were also interested to see that octopuses tended to use the second arm out from the midline of their body, on the side facing the prey, to lead an attack.

“There must be a hierarchy in the brain of the octopus,” a way to control the order in which limbs move, Dr. Wardill said.

Octopus limbs “are highly flexible to some really amazing level,” he added, capable of taking on nearly infinite arrangements and forms to a degree that may appear random.

But each limb might have a specific role during a bout of hunting by sight, the study suggests. All that swirling might obscure, to the average viewer without a high-speed camera, a carefully choreographed response.

To understand what’s going on within the brain and limbs of the octopus, the team would like to be able to record what happens in the animal’s nervous system as it leaps into action. Does the brain recruit arms in specific groupings or in a certain order? Does the octopus react differently in dim light?

For Dr. Wardill, Dr. Bidel and their colleagues, the answers lie ahead, on the other side of experiments where myriad octopuses dance in a rain of snacks.

Yvon Chouinard Is the Founder of Patagonia. He’s Also My ‘Dirtbag’ Friend.

Featured Posts
Bon Voyage, Boeing 747. You Really Did Change Everything.
5 mins ago

The Dying Practice of Time and a Half
18 mins ago

The Controversy Over ‘American Dirt’
29 mins ago