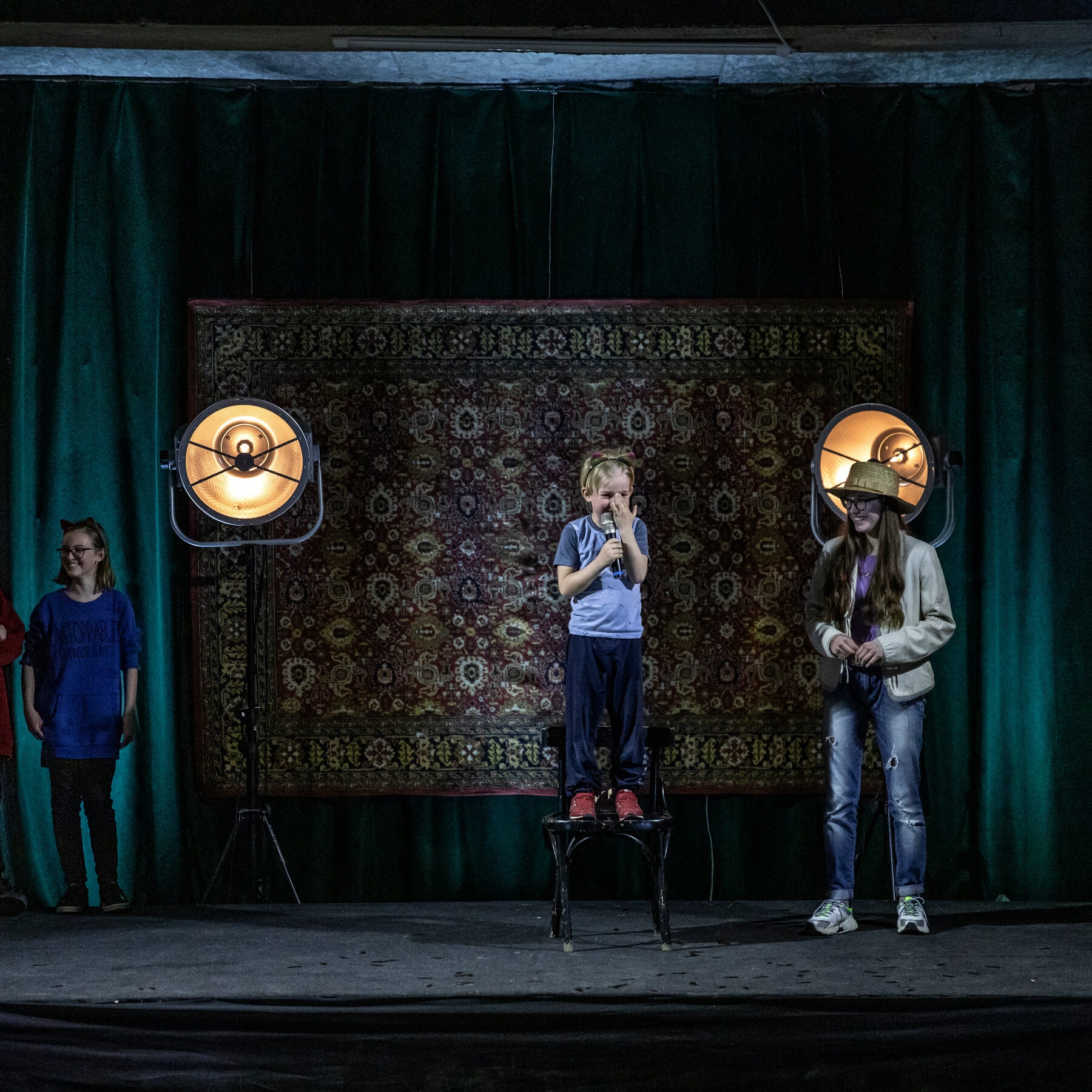 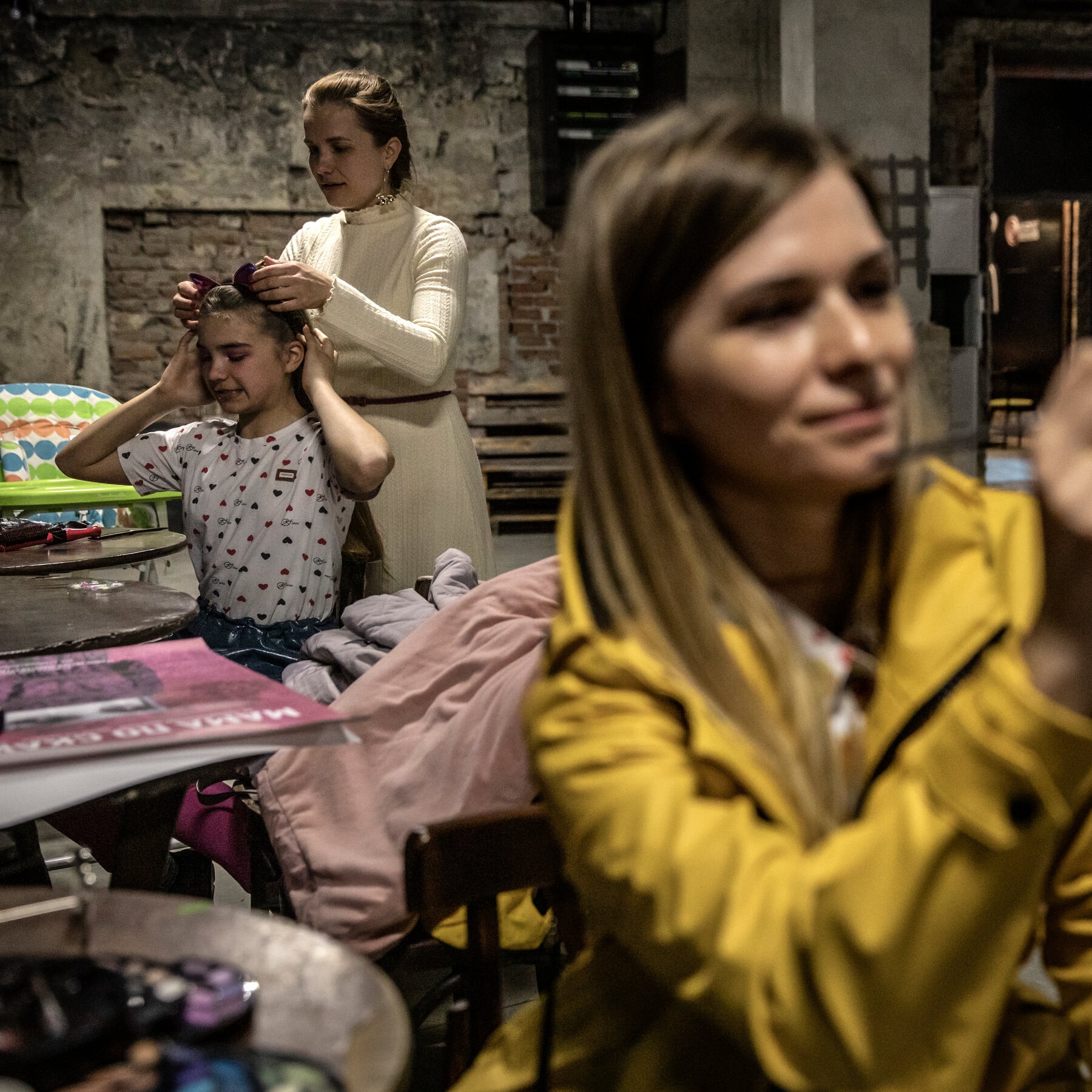 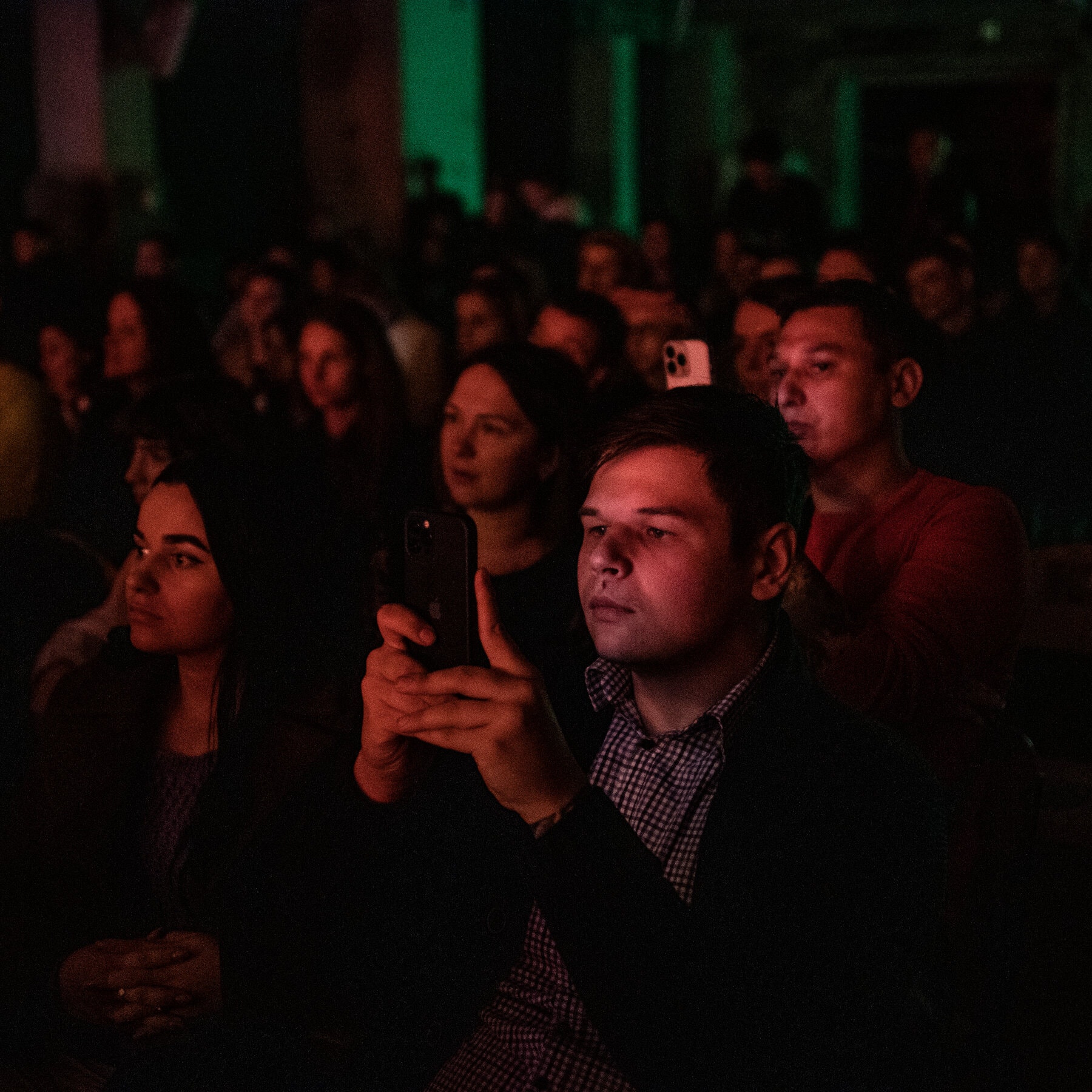 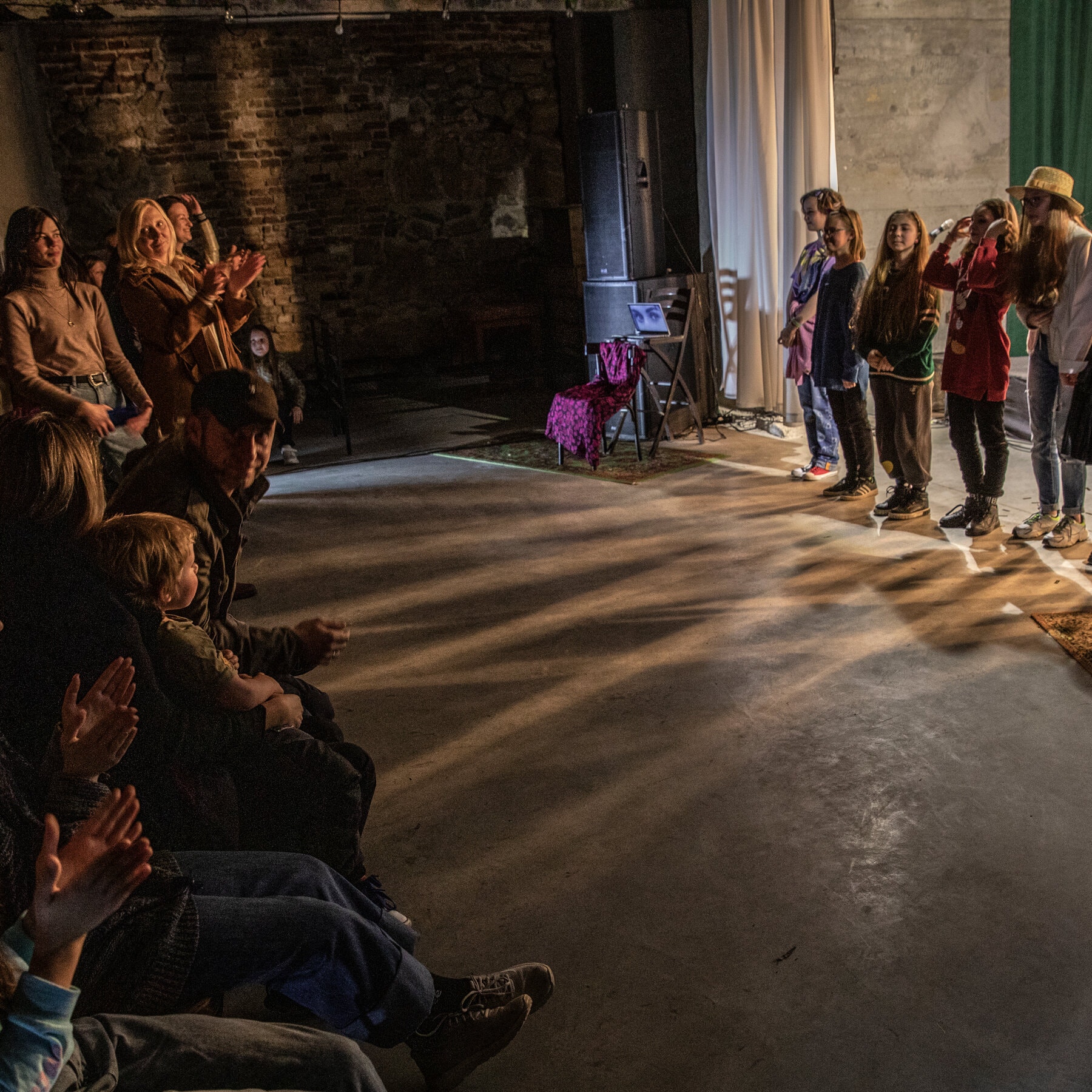 In a warehouse-turned-bomb-shelter in Lviv, in western Ukraine, a group of children performed a play featuring a range of stories about family separation as told from the perspective of children. The play, “Mama Po Skaipu,” or “Mother via Skype,” is based on stories by nearly a dozen Ukrainian writers, and it was a rare cultural event in a city now under regular air-raid alerts.

The play was directed by a soldier, Oleg Oneshchak, 35, and featured eight children, including his daughter Hanna, 12, who belted out a rousing patriotic song to end the one-hour show. “I feel worried about this war a lot,” she said afterward, “But when I sing this song, I feel happy and I feel strong.”

For Mr. Oneshchak, directing the performance was about providing an outlet for his daughter and her friends. “They were feeling frustrated about the situation in our country right now, but when they got involved in rehearsals, they forget about stuff,” he said. “So it’s really about trying to bring them and the audience to happiness and hope.”

Tiger Woods: My Leg Feels OK, as Long as I Don’t Play Golf
5 hours ago

With a ‘Special Group,’ the Mets Find Ways to Win
5 hours ago