A young man in a fine suit outlines the terms of the deal: The ocean crossing will be maddening, the detention that follows worse. Even assuming release, a person of Chinese descent will feel no welcome in America. The “Gold Mountain” that has been promised? It’s a mirage. And yet, if one wishes to pay for passage, the young man will offer — for a very high price — his American name and scant protection.

This is the devil’s bargain at the center of Lloyd Suh’s fluid, artful “The Far Country,” at the Atlantic Theater Company. Set in the early decades of the 20th century, in both China’s Guangdong Province and San Francisco, it examines the cost — literal and emotional — of immigration. Those who have suffered in their pursuit of a larger, more prosperous life might, the play suggests, inflict that same suffering on others. Then again, they might also find redemption.

The drama, directed with sensitivity and spirit by Eric Ting, begins in 1909. Han Sang Gee (Jinn S. Kim) sits at a table in an interrogation room. A more recent iteration of the Chinese Exclusion Act has made his citizenship tenuous, and Gee must substantiate his American birth. He has difficulty proving his status to a skeptical white interrogator (Christopher Liam Moore), as his papers have been destroyed in the San Francisco earthquake. But a sympathetic interpreter (Whit K. Lee) gives him subtle aid. (Translation is another interest of Suh’s.)

Most spectators’ sympathies will incline immediately toward Gee, owing both to Kim’s sturdy affability and to our innate compassion for anyone demeaned or distrusted by officialdom. But Suh and Ting aren’t interested in easy answers; there’s a more sophisticated moral calculus at play here.

Citizenship is, among other things, a moneymaking tool. Its possession will lead Gee to China, where he can offer others the chance at an American life, however constricted that life may be. In Guangdong, Gee encounters a widow (Amy Kim Waschke) and her teenage son, Moon Gyet (Eric Yang, in an impressive Off Broadway debut). Moon Gyet, in his turn, will make a vexed proposal to a young woman (Shannon Tyo, a Suh regular, always dynamic).

Clint Ramos’s set, with shadowed illumination by Jiyoun Chang, appears simple at first: a square platform backed by a dark mirror. But no element — walls, floor, mirror — is exactly what it seems. Like our sympathies, the set shifts and shifts again. Fan Zhang’s rumbling sound design suggests layers below the surface.

As with Clint Ramos’s shifting set, no element of Ting’s production is exactly as it seems.Credit…Richard Termine for The New York Times

At the center of the play’s overlapping worlds is Angel Island, a detention center that opened in 1910 as a curb to immigration. The majority of its detainees were Chinese men, men like Moon Gyet, who undergoes his own interrogation there. Some eventually gained entry; others were deported. In 1970, nearly three decades after the center had closed, a park ranger discovered poems etched into its walls, lyrics of despair and love that had re-emerged from beneath putty and paint. Here is one: “Nights are long and the pillow cold; who can pity my loneliness?/After experiencing such loneliness and sorrow,/Why not just return home and learn to plow the fields?”

Like Suh’s other plays (“The Chinese Lady,” “Charlie Francis Chan Jr.’s Exotic Oriental Murder Mystery”), “The Far Country” meditates on ethnicity and identity. It is also an act, loving and sorrowful, of reclamation, salvaging the history of early generations of Chinese Americans. These men left their fields for the same reason almost any immigrant does: the promise of a better life. Suh is specific in his imagining of the particulars of the Chinese American, but as America is a nation of immigrants, there is space here for others (including others like me, whose great-great-grandparents came from Eastern Europe) to trace vestiges of their own histories.

“The Far Country” ends in 1930. That ending isn’t necessarily abrupt. But it does feel somewhat arbitrary. Why not 1950? Or 1970? There is so much more history to recover. More love. More promise. More pain. Moon Gyet claims that the strenuous physical labor required of an immigrant is nothing compared with the work of being Chinese in America. This takes patience and focus, he says. A serious mind and a necessary grace. Suh possesses these qualities in full. He has more work to do, more stories to tell.

Tags
American Other Suh That Will

For Sunak, Like Biden, Dullness Could Be a Secret Weapon 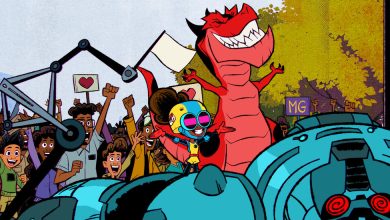 Would You Have Four Kids if It Meant Never Paying Taxes Again?
38 mins ago